Nickelodeon Australia is the Australian counterpart of the Nickelodeon network in the United States. However unlike other Viacom-branded stations in Australia (i.e. MTV, VH1, and TMF), Nickelodeon Australia is wholly-owned by XYZnetworks, under license from Viacom. The channel was launched on 23 October 1995, replacing the Max/ClassicMax channel launched by XYZ in April 1995. This and Nick Jr. Australia are the only Nickelodeon channels in the world that are not either fully or partly owned by Viacom.

Nickelodeon Australia was launched on 23 October 1995, encrypted as part of the newly launched 'Foxtel' and 'Austar' cable counterparts, showing live action shows and cartoons. Nickelodeon was also added to the Optus Television network in December 2002. In the late 1990s and early 2000s, the channel began broadcasting more Australian-produced shows, rather than having American-only content.

On 14 March 2004 XYZnetworks launched Nick Jr. Australia as the first full, 24-hour TV channel designed for pre-school audiences in Australia. Before this, Nick Jr. was a morning and afternoon programming block on Nickelodeon, including shows that now get much more airtime on the full channel, such as Dora the Explorer and Blue's Clues. For a few months after Nick Jr. became a full channel, it kept a 2-hour-long time slot on Nickelodeon, but it was drastically shorter than it was before it became a full channel.

Nickelodeon and Nick Jr. began broadcasting in Widescreen on March 2, 2009.

On December 22, 2013, Nickelodeon Australia had a major flurry of technical difficulties and had to abandon regular programming. For about 10 hours they played an endless loop of SpongeBob episodes until they finally resolved the issue and continued programming. One of this Wikia's members has statements. "It was weird, i was just watching Nickelodeon and it became weird, they said they had technical difficulties and were trying to resolve them and that spongebob would take over the show". "At another point i saw a dark blue screen with a caption saying We are suffering major difficlulties and are trying to resolve them. After every full episode of SpongeBob the commercial played that said We are suffering major technical difficulties so SpongeBob will be taking over the show until we resolve them."

Nickelodeon Australia mainly airs shows from the American Nickelodeon channel but also broadcasts a variety of non-American foreign (namely Canadian, British, and New Zealand) and locally produced shows, some of which are detailed below.

Other locally produced shows not included below are Nick Takes Over Your School, as well as an Australian version of Nickelodeon Games and Sports for Kids (Nick GAS).

Hot Chunks was a show starring Angus King as a variety of characters. It ran for two seasons in 1998 and 1999 and also had a spin-off special featuring the best dares, as well as the series of Hot Chunks animated shorts.

Camp Orange began in 2005 and was hosted by Dave Lawson. Dave was moved to 'Sarvo because Tony "T-Bone" Brockman (a former 'Sarvo host) left the network. The show entails eight kids (between the ages of 10 and 13) in four teams. They battle it out to win various competitions and prize packs provided by the sponsor.

The second, third and fourth seasons aired in 2006, 2007 and 2008 respectively. Since 2006, Maude Garrett has hosted Camp Orange. Maude is now a well-known celebrity within the Nickelodeon community, attending events such as the Nickelodeon Australian Kids' Choice Awards.

Juice is a weekday morning show. It shows popular Nicktoons between 7am and 9am such as SpongeBob SquarePants and The Adventures of Jimmy Neutron: Boy Genius. Although the show was originally hosted, it no longer features a host.

From Nickelodeon's opening date until 2001, Nickelodeon shared its channel with an Australian version of Nick at Nite. Much of the programming was similar to the U.S. channel at the time, including shows such as Mister Ed and Gilligan's Island. Eventually it was closed due to the expansion of Nickelodeon, as well as the existence of another classic TV channel, TV1, co-operated by another Viacom subsidiary, Paramount Pictures. Much of the programming was moved to TV1 and later some of it to the Sci Fi Channel.[2]

'Sarvo is a block shown on weekday afternoons that was previously hosted by James Kerley and Dave Lawson. The duo left 'Sarvo on Friday 23 February 2007. The new series which began on 9 April 2007, and is now hosted by Maude Garrett and Kyle Linahan. 'Sarvo aires in the afternoons and plays various Nicktoons such as SpongeBob SquarePants, Kappa Mikey, and Captain Flamingo as well as other shows such as Zoey 101. As well as children's programs, this show also offers other things such as interviews with celebrity guests and funny extras of what the hosts get up to. It has now ended and Maude & Kyle do different things with Nickelodeon Australia.

Weekend Mornings is a block of two episodes each of four Nicktoons on Saturday and Sunday mornings. It was originally named Double Up but changed names to support Nickelodeon's new format in 2006.

Saturday Nick Television was a morning show that was launched in 2002 with the help of Britney Spears. This show was shot in 'Melbourne' and involved games in which the live audience could participate in, celebrity interviews, performances, skits and more. Nickelodeon cancelled the show in 2005 due to a lack of audience numbers.

Lunchtoon is a weekday lunchtime block that has four half-hour episodes of a Nickelodeon show. It is usually played from 12pm to 2pm.

Nickelodeon also plays classic Nick shows such as Rocko's Modern Life and Aaahh!!! Real Monsters in the late night hours. It was originally named Classics, however it has since been rebranded Toons2Nite.

To support Nickelodeon Australia's new format, the network launched Moby Nick, a bus that would tour around Australia in places such as 'Sydney Olympic Park'. Part of the bus was a small recording studio, where kids could say a sentence or two about what they could do, or who they were. The ten-second clips would be shown during the adverising spaces on Nickelodeon Australia shows. 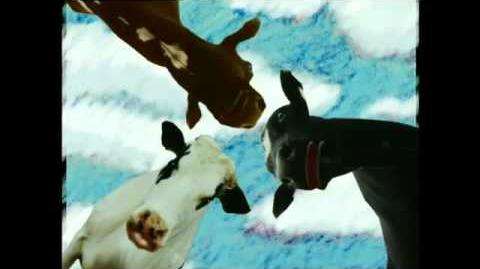 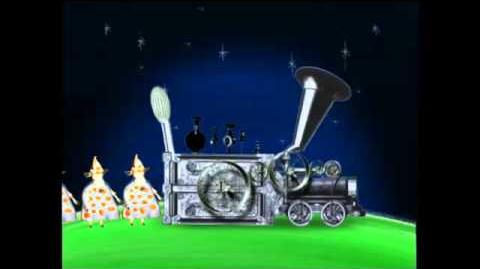 Nickelodeon - Cow Bed Closer
Add a photo to this gallery

Retrieved from "https://nickelodeon.fandom.com/wiki/Nickelodeon_Australia?oldid=208667"
Community content is available under CC-BY-SA unless otherwise noted.