Nickelodeon
Register
Don't have an account?
Sign In
Advertisement
in: Shows, films, and people with wikis, Crossovers, Racing Games,
and 15 more

The topic of this page has a wiki of its own: Nickelodeon Kart Racers Wiki.

28 tracks, some remastered from its predecessor, and two arenas based on different locations from the shows are included in the game. Like its predecessor, it has local multiplayer for up to four players, but it also has online multiplayer for up to eight players, a feature that was not in the first Kart Racers.[4] The karts can be customized, and power-ups can be picked up from the tracks. The kart body is chosen with the character it belongs to. 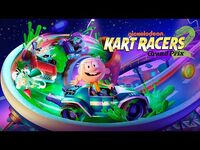 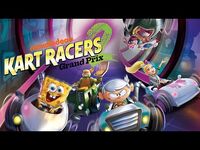