Oblina comes from a wealthy monster family. She is shaped like a black and white, upside down candy cane.﻿ Oblina is believed to be the Gromble's best current student. One of her favorite methods of scaring humans is reaching within herself and pulling out her internal organs, and she has considerable talent for shape-shifting into various terrifying forms. She also has a talent for inducing nightmares in humans, by sticking her finger in their ear and tickling their brains while they sleep. Oblina is interested in reading and is very practical.

Oblina is mostly white and black striped. She has red and puffy lips and lots of sharp teeth. Her eyes are green with black slit shaped pupils. She has eyelashes and four strands of hair atop her skinny head. 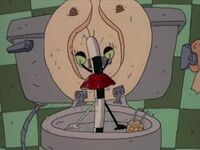 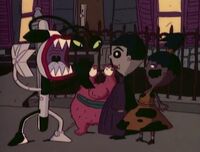 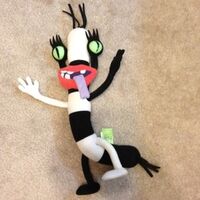 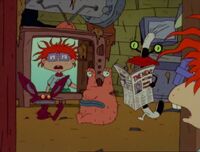 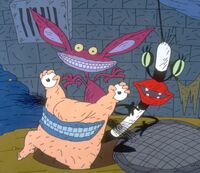 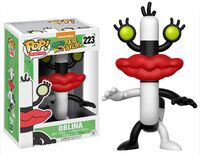 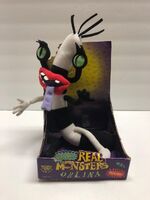 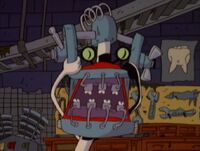 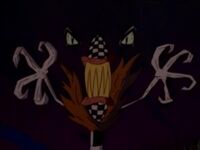 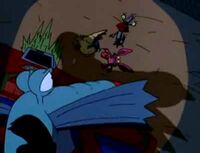 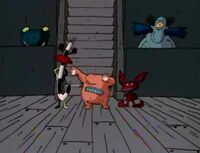 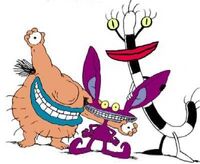 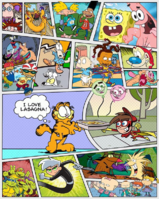 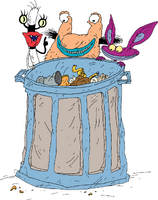 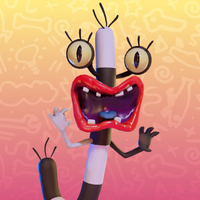