Helga's being mean to Arnold

Phoebe Heyerdahl is Helga Pataki's best friend in Hey Arnold! She is a young half-Japanese girl who was born in Kentucky before moving to Hillwood. She is one of the smartest fourth-grade students in P.S. 118, to the point that she was once given a pass to the sixth grade. She is often there to give Helga someone to confide in, and she is also one of the few characters to know about Helga's crush on Arnold. Phoebe also has a crush on Gerald Johanssen, which is shown to be mutual. In Hey Arnold!: The Jungle Movie was served as tetartagonist.

Phoebe has a huge bun of black hair at the top of her head bound by a small yellow scrunchie, and wears large cat-eye glasses with blue monochromatic lenses, a blue sweater that is too long for her (which covers what she's wearing for a bottom) and matching shoes. Phoebe's of short stature, and has a squeaky voice (though it was less squeaky in the earlier episodes).

In The Jungle Movie, she wears a white shirt with a blue collar, a blue jacket, a light blue skirt and green shoes. Her hair is now noticeably longer, and the bun has become a short ponytail.

Phoebe was born in Kentucky and, at some point, moved to Hillwood at a young age. She has a sweet, likable personality with a high intellect. She is one of the nicest characters in the franchise, and is said to be Helga's only friend.

Among her most notable moments was when she won the City Academic Bowl ("Phoebe Takes the Fall"), a competition that she shouldn't even have been in, as Helga, in an attempt to win the only trophy her older sister Olga never won, had won her school's spot at the Bowl by forcing Phoebe to miss the final question (ironically, McAfee did not receive credit for the role in that episode). At the opposite end of the spectrum, she was utterly humiliated in front of the entire student body ("Phoebe's Little Problem") when she was caught passing gas into a microphone on stage as she was receiving an award, and subsequently refused to ever go to school again (somewhat ironically, the award was for her perfect attendance). Among her other achievements are winning the Parents Tournament Weekend with her parents ("Parents Day") and the City Go-Kart Grand Prix with Helga and Harold ("Grand Prix").

She's also pretty good at handling a fencing sword ("Phoebe Cheats"), even when it's a flashlight ("Wheezin' Ed"). There is some evidence that she is musically inclined as well; she's carrying what appears to be a string bass in "Helga on the Couch" and is practicing some sort of large horn in "School Dance".

Just as Gerald hangs around with Arnold, Phoebe hangs around with Helga, who considers Phoebe her best friend (she even says so in "Magic Show", after yelling at her), mainly because Phoebe is probably the only person who likes Helga the way she is ("Helga's Makeover").

Phoebe is Helga's shoulder to cry on, down to the point where seeing Helga cry makes her cry as well. It's also shown that Phoebe has a crush on Gerald. 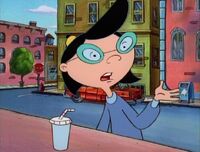 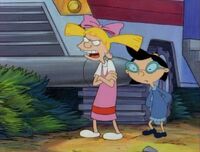 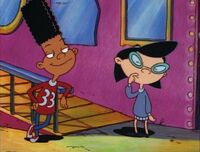 Phoebe with Gerald in Hey Arnold!: The Movie 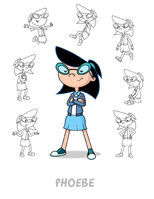 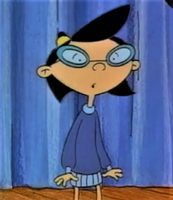 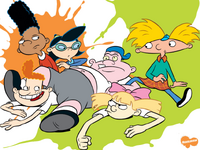 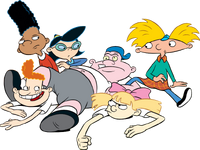 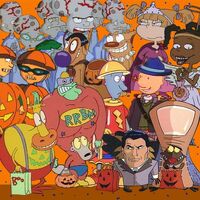 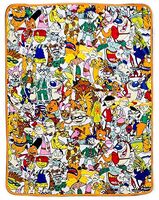 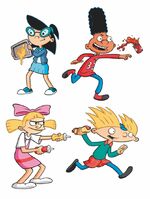 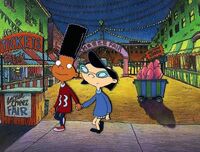 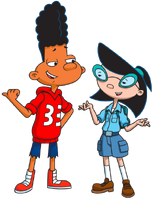 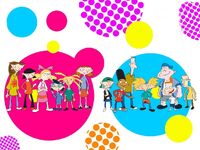 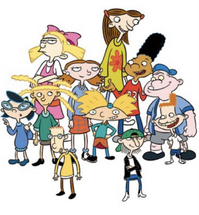 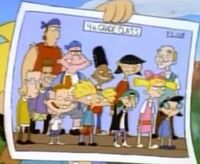 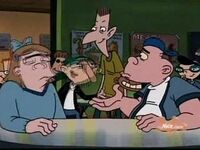 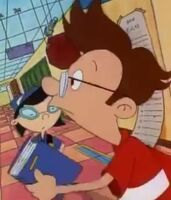 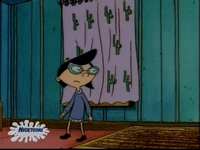 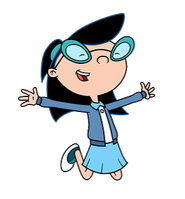 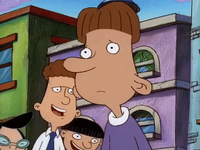 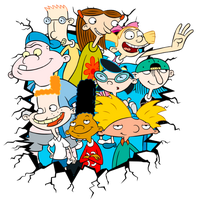 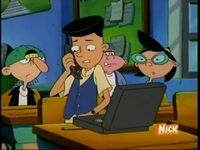 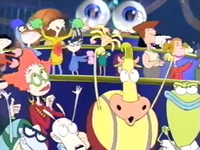 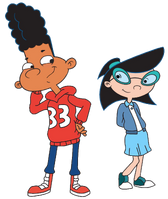 Add a photo to this gallery
Retrieved from "https://nickelodeon.fandom.com/wiki/Phoebe_Heyerdahl?oldid=260173"
Community content is available under CC-BY-SA unless otherwise noted.