Nickelodeon
Register
Don't have an account?
Sign In
Advertisement
in: Kids, Brats, The Mighty B! characters,
and 12 more

Portia Gibbons
The Mighty B! character

"Ready? I'm wearing double-scrunchies, aren't I?"
"Messie Cannot Win!"
"I'm gonna go chew gum. Who wants to come watch?"
"What do you want, Messie?"
"And, Bessie, seriously, if you take me, I'll laugh at your jokes for a whole year."
Portia Gibbons is the "pretty and posh" member of Troop 828 in The Mighty B! Although she does not wear the standard uniform of the Honeybees, she partakes in the regular scout activities provided from her Mother and Honeybee troop leader, Mary Frances Gibbons.

Portia is Bessie Higgenbottom's rival throughout the series, often pulling pranks on her and calling her "Messie". Along with her best friend Gwen, Portia will stop at nothing to prevent Bessie from achieving her goal of becoming "The Mighty Bee". In the episode "Ten Little Honeybees", Portia had her brothers trick Bessie in some way involving a door. In "Bee Afraid", when Portia tells a scary story, Bessie screams and runs away. Portia is often seen carrying a mean and domineering attitude, especially towards Bessie. She lives in a normal-sized house, but fully expects to be treated like a celebrity. Used to getting her way, Portia does not accept being told "no" (which everyone, except for Bessie, pretty much goes along with). Portia loves makeup, celebrities, anything spa-related, and is obsessed with gelato. She is also incredibly lazy. Portia expects things to be done for her, because she has better things to think about, like moisturizing. 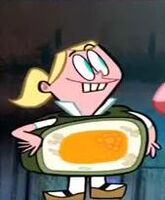 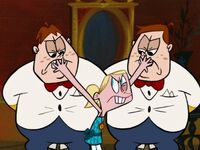 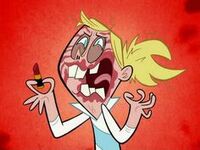 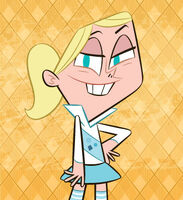 Portia and Gwen excited for the Sugar Boys

Portia and Gwen in the Sugar Boys concert's audience. 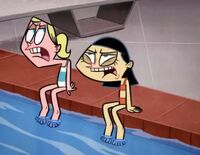 Portia having a crush on Rocky 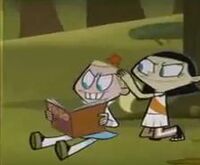 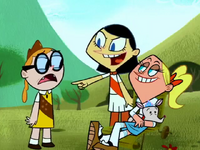 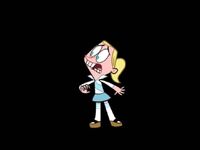 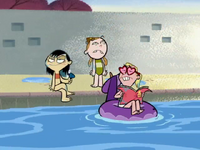 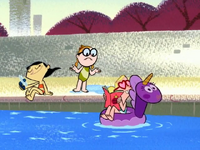