"Never!"
"I'm not Ralph anymore. I'm Rachel."
"You cretins don't know what art is! I'll show you!"
Rachel Bighead (formerly known as Ralph Bighead) is the only child of Ed Bighead and Bev Bighead. The character appears as Ralph in the Rocko's Modern Life episodes "I Have No Son!" and "Wacky Delly".

In the revival special Rocko's Modern Life: Static Cling, Rachel Bighead has come out as a transgender woman.

Before the events of the show, Rachel was disowned by Ed for not wanting to work for Conglom-O like her father, so she went to Hollo-Wood to become a cartoonist, which had always been her dream. She and Ed finally reunite and end their feud after Ralph attends her parents' wedding anniversary.

Rachel rose to fame after creating The Fatheads, a cartoon about a married couple based loosely on her parents. After ending production on the show, Rachell wanted to focus on her next goal of creating the world's largest still-life, but her bosses tell her that she needs to create another show for them. In an attempt to get out of her contract, Rachel hires Rocko, Heffer and Filburt to create an intentionally bad cartoon called Wacky Delly to have it immediately canceled. Instead, the show becomes a runaway hit, much to her dismay. After several attempts at sabotaging the show, such as running an episode showing nothing but a jar of mayonnaise for ten minutes, Rachel finally gets creatively involved in the series after Rocko tells her how much she's accomplished, but it's only then that Wacky Delly is canceled and her wish to leave the studio unintentionally comes true. In the end (sometime before she became a woman), she finally creates her masterpiece, only to find out that it is not as popular as Wacky Delly originally was. At some point after this, she decided to sell Fatheads ice cream.

When she reunites with her parents, her father denies her transition at first as he is dealing with much more changes than just her, but gets over it at the end of the special when he sees that she’s still the same person on the inside and remembers the influence he had on her work. Bev is more accepting of her gender identity than her husband initially was. 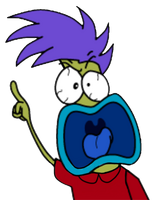 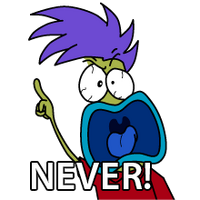 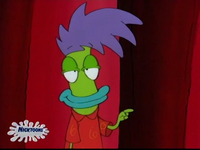