Reptar
Rugrats and All Grown Up! character

"At the Movies"
Reptar is a popular fictional dinosaur character within Rugrats. Tommy looks up to him, and the other Rugrats also seem to in a way. Reptar is a green Tyrannosaurus (though red-violet and lilac versions of him were occasionally seen) with rounded, blue spike-like appendages on his back, which intentionally causes him to resemble and spoof Godzilla.

In the world of Rugrats, Reptar is a character featured in numerous movies. Although often seen stomping around the city like his inspiration, he is often portrayed as a heroic character. As such, his popularity as a character in the show's universe is more akin to that of Mickey Mouse.

He has a massive marketing presence, having his name and image on cereal, candy bars (both of which were de-fictionalized long after the original Rugrats series ended), toys, and other forms of merchandise. The character is also the subject of an ice-skating show that the Rugrats went to in the episode "Reptar on Ice". In The Rugrats Movie, Stu designs the Reptar Wagon (which became a recurring object often seen in the Pickles' backyard for the remainder of the series) for a toy design contest held by the Reptar Company, and Rugrats in Paris: The Movie was set in EuroReptarland, an amusement park in France themed around the character. The latter film featured the babies taking control of a giant robot Reptar, which Stu had designed for the park in "Acorn Nuts and Diapey Butts", the three-part TV episode that led in to the movie's events.

In addition, Reptar was also the subject of a Suspended Family Coaster named Rugrats Runaway Reptar, which debuted at Kings Island in 2001. This coaster also opened at Dreamworld and Carowinds in 2002 and 2003, respectively. (All three versions of the coaster have since been renamed and rethemed.)

In 2002, Toho (the company behind Godzilla) sued Klasky Csupo, due to the character's resemblance to the kaiju and his being used in official merchandise more often by that point. As a result, Reptar was used less often in Rugrats' last two seasons. However, he would reappear in the All Grown Up! episode "Curse of Reptar", which was produced for the show's third season and aired in 2005. In that episode, when the Pickles family is busy building a pool, one of the workers finds a Reptar toy that Spike had buried in the ground a long time ago. It is suggested that Reptar's popularity had apparently dwindled in the time-skip between the two shows, and throughout the episode, the kids are led to think the string of bad luck they are currently having is a result of digging up the toy (hence the episode's title).

Well after the end of both the original Rugrats and All Grown Up!, Reptar was prominently featured in a one-shot special in Boom! Studios' Rugrats comic book, titled R is for Reptar, and appears as a TV character again in the 2021 reboot. He was also the character pictured on the cover of the Rugrats: Season 9 DVD set, and appeared as a playable character in Nickelodeon Kart Racers and its sequel (and has also been confirmed to be playable in Nickelodeon All-Star Brawl). 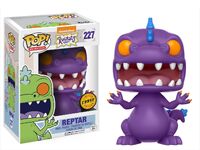 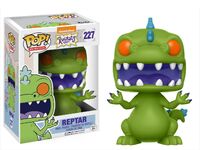 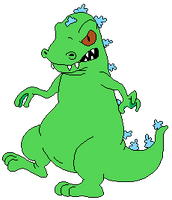 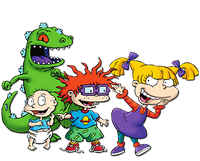 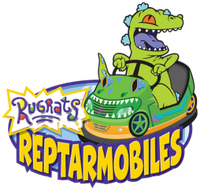 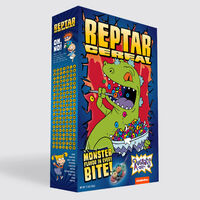 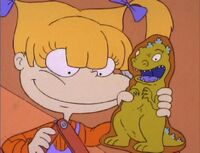 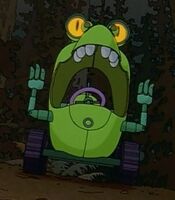 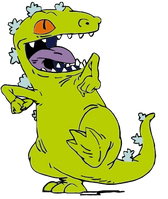 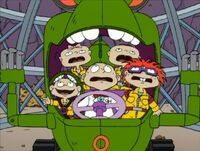 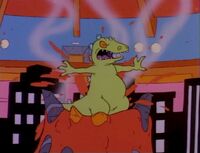 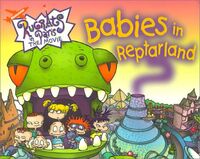 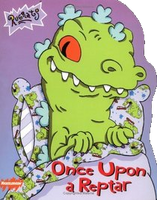 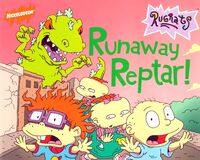 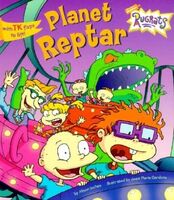 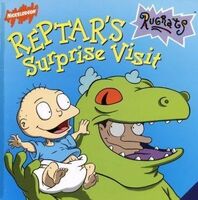 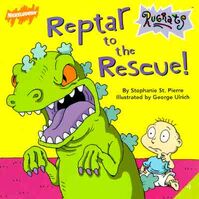 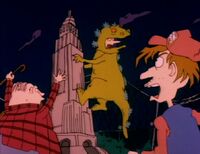 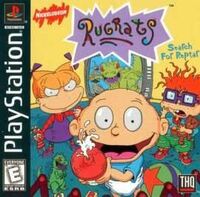 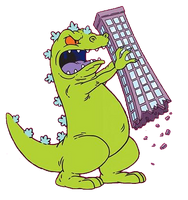 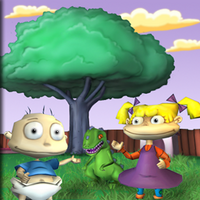 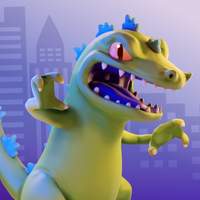