Nickelodeon
Register
Don't have an account?
Sign In
Advertisement
in: Shows with wikis, Teenage Mutant Ninja Turtles, Shows,
and 6 more

This show has a wiki of its own: Rise of the Teenage Mutant Ninja Turtles Wiki.

Rise of the Teenage Mutant Ninja Turtles (also known as Rise of the TMNT) is a re-imagining of the Teenage Mutant Ninja Turtles franchise, which debuted on September 17, 2018 after a sneak preview aired on July 20th.[1] It was announced by Nickelodeon in a press release on March 2, 2017, and was initially scheduled to run for at least 26 episodes.[2] The series was co-executive produced by Andy Suriano (character designer for Samurai Jack) and Ant Ward (supervising producer of the previous TMNT series).

Cyma Zarghami, President of the Nickelodeon Group, stated about the show:

The Turtles is a property that has reinvention in its DNA, which keeps it fresh and relevant to every new generation while satisfying the demand from its adult fans. ’Turtles’ has been an incredibly important franchise for us since we reignited it five years ago, and we’re excited for the new series to take the characters in a different direction with more humor, a younger and lighter feel and all-new dimensions to explore.[2]

The plot for the show is said to be about the four turtles "tapping into mystic ninja powers they never knew existed", while "learn[ing] to work together and navigate the perils of the modern age and hidden realms in order to fulfill their destiny to become a team of heroes".[2]

The series' voice cast was announced on November 2, 2017. Rob Paulsen, who voiced Raphael in the 1987 Ninja Turtles animated series and Donatello in the 2012 series, served as voice director.[3] 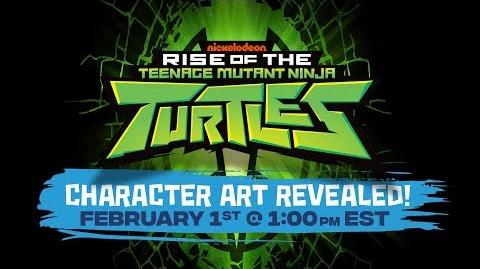