Nickelodeon
Register
Don't have an account?
Sign In
Advertisement
in: The Loud House characters, Humans, Kids,
and 15 more
English

Ronnie Anne Santiago
The Loud House and The Casagrandes character

Ronalda "Ronnie" Anne Santiago is a supporting character from The Loud House and the protagonist of its spin-off, The Casagrandes.[1] She is Bobby Santiago's younger sister, as well as the other best friend and former classmate of Lincoln Loud. She enjoys skateboarding, video games, K-pop music, and pulling pranks.

Ronnie Anne is first mentioned, but does not appear onscreen, in the episode "Heavy Meddle", in which she constantly bullies Lincoln and humiliates him in front of his peers ever since she had a crush on him. When Lincoln's sisters find out about it, they tell him that she's bullying him because she likes him and wants to get his attention. Thinking they might be right, Lincoln goes and gives her a kiss when he tries to confront her, and she responds by giving him a black eye because she hates excessive kissing. That seemingly did proved his sisters wrong. However, the sisters' statement turns out to be correct after all, as she then gives Lincoln an apology letter with her phone number on it, and a steak to heal his eye with.

Ronnie Anne makes her first on-camera appearance in "Save the Date". In the episode, Lincoln's classmates tease him about Ronnie's crush on him, resulting in him giving a speech about how he refuses to even consider her being his girlfriend. Unfortunately, Ronnie hears him saying this and is truly hurt about it. When she tells her older brother Bobby about it, he breaks up with Lori as a result. To set things right, Lori makes Lincoln go out with Ronnie on a double date with her and Bobby. Over the course of the date, Lincoln gradually finds himself bonding with Ronnie, but things get awkward when his teasing classmates show up at the restaurant and Lincoln, after a failed attempt to sneak out without them noticing, ends up insulting Ronnie again. Lincoln promptly apologizes to Ronnie for his behavior and even pulls her in for a kiss. The next day, when Lincoln is still being teased by his classmates about this, Ronnie slaps him in the face and acts as though she doesn't like him, but once his classmates have left the scene, she passes him an ice pack with an apology letter, saying she hopes that stopped the teasing.

In "Dance, Dance Resolution", it is the day of the school's Sadie Hawkins dance, but Lincoln and Clyde McBride are planning to go to Gus' Games and Grub, which is having a two-for-one arcade special, so Lincoln tries to avoid Ronnie, thinking she intends to ask him to the dance. When Lincoln tells his sisters that Ronnie didn't ask him to the dance, Luna, Luan, Lynn, and Lucy end up getting friends of theirs to be his date. Eventually, Ronnie shows up at the dance and finds Lincoln, and as it turns out, she was actually wanting to ask him to go to the arcade with her, which he does.

Midway through The Loud House's second season, in the episode "The Loudest Mission: Relative Chaos", Ronnie Anne, along with Bobby and their mother, Maria, moved out of Royal Woods to live with their extended family in Great Lakes City, setting up The Casagrandes. Since then, whenever she's not spending time with her cousins, Ronnie Anne is often having adventures with her other best friend, Sid Chang, and occasionally keeps in touch with Lincoln through online chats, including hosting a series of vlogs on the franchise's YouTube channel. 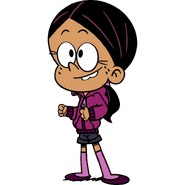 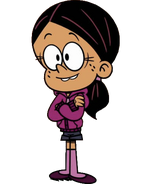 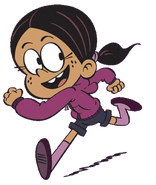 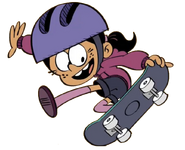 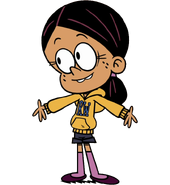 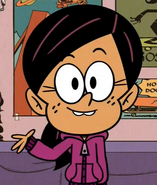 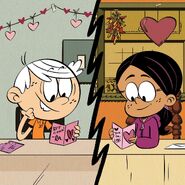 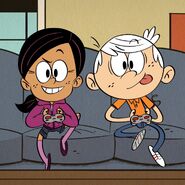 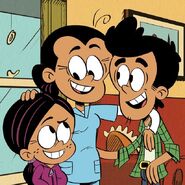 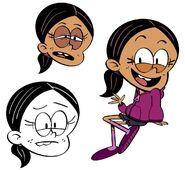 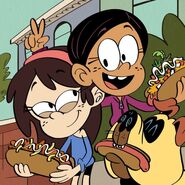 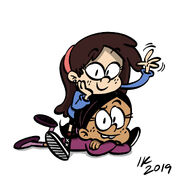 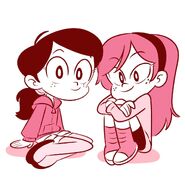