Nickelodeon
Register
Don't have an account?
Sign In
Advertisement
in: Rugrats, Crossovers, The Wild Thornberrys,
and 4 more

Rugrats in Paris: The Movie
The Wild Thornberrys Movie

Rugrats Go Wild! is a Nickelodeon animated family comedy-drama crossover film, based off of Rugrats and The Wild Thornberrys. It was the third and last Rugrats film and is a sequel to The Rugrats Movie and Rugrats in Paris: The Movie, as well as a sequel to The Wild Thornberrys Movie. It received mixed reviews and grossed $55 million worldwide, making the lowest grossing Rugrats-related film.[1]

The Rugrats go on an adventure through the safari. Tommy impersonates Nigel Thornberry, who is his role model and spoofs his nature show. The babies' broadcast is cut short when they come across a tiger and then a crocodile, both of which threaten them. Just as they begin sinking in quicksand and are nearly attacked, this is revealed as only imagination; the babies and their families are about to go on vacation on the Lipschitz cruise ship.

When the families arrive at the dock, they miss the Lipschitz cruise. Tommy's father, Stu, has rented a ramshackle boat called the S.S. Nancy which he reveals to be their real mode of transportation, and their real vacation. The families are angered that Stu did not consult them on his plans, and soon the boat is flipped over by a rogue wave during a tropical storm. Everyone is forced to abandon the ship and board a life raft as the ship sinks. Everyone blames Stu for causing all of this and lose hope of being saved. Things start looking up when Angelica sings about having hope on her karaoke machine (which resembles a toy piano) she brought, until Spike's tail accidentally knocks both her Cynthia doll and karaoke machine into the ocean.

The next morning, they arrive on a small, seemingly uninhabited island (possibly in Southeast Asia) and Angelica finds her Cynthia doll on the beach. The adults argue about who should be the leader. When it gets out of hand, Betty suggests a test: she draws a circle around the fighting adults and tells everyone to step out of the circle, saying that it is the bad circle. They all step out and say that they all feel better, except Stu, and make Betty the leader, much to Stu's chagrin.

On the opposite side of the island is the famous globe-trotting family the Thornberrys (out to film a clouded leopard). Tommy, Chuckie, and the rest of the kids, except for Angelica, set off to find them, for they suspect they are somewhere on the island. Along the way, Chuckie gets lost and runs into the Thornberry's child Donnie, who steals Chuckie's clothes, forcing Chuckie to wear Donnie's shorts. He laments on looking like a "wild boy".

Meanwhile, Eliza, the gifted Thornberry, is exploring about the jungle with Darwin, her chimpanzee companion and runs into Spike, the Pickles' dog. Since Eliza can talk to animals, Spike (now voiced by Bruce Willis) talks for the first time (although he spoke in Chuckie's dream sequence in the episode "In the Dreamtime"); he informs her that his babies are lost somewhere on the island. Under the impression that Spike means he is looking for puppies, Eliza (and a reluctant Darwin) agree to help him find them. Following a close encounter with Siri, an angry clouded leopard whom Spike believes to be just a regular domestic cat, they learn that he meant the human babies.

Simultaneously, Eliza's father, Nigel, finds the lost babies. He heads in their direction but ends up tumbling down a hill and suffers amnesia after a coconut falls on his head. Angelica (going by "Angelitiki, the Island Princess") runs into Debbie, the teenage Thornberry, and takes off with Debbie in the Thornberry's all-purpose mobile communication vehicle (commvee). In order to get back faster, Angelica steals the Thornberry's bathysphere, accidentally sinking the commvee in her attempt to pilot it. She finds and retrieves the babies and Nigel.

Meanwhile Stu, who has managed to create a working coconut radio, and the other parents run into Donnie, who is still wearing Chuckie's shoes. After chasing him down the beach, they run into Marianne Thornberry, the mother of Eliza and Debbie and the wife of Nigel.

Stu's coconut radio picks up the babies, Angelica having accidentally turned on the bathysphere's radio. Angelica and Susie, while fighting for control, have crashed bathysphere at the bottom of the ocean. Nigel hits his head in the crash and regains his memories.

With the other parents' help, Marianne the raises the commvee and uses the automatic-retrieval system to rescue Nigel and the babies just as the air runs out. They are reunited with their families and forgive Stu, and everyone finally gets on board the Lipschitz cruise. The Thornberrys join them too, deciding that they should take a vacation, much to Debbie's delight. Spike vows never to lose his babies again. and the boat pulls the commvee across the ocean.

The Rugrats Meet the Wild Thornberrys was originally made by Klasky Csupo's television unit (directed by Mark Risley and written by Kate Boutilier), but after wildly successful screenings, Paramount decided it should be shelved and remade into a feature film. The television version, a 90-minute special, presumably still exists somewhere in the Klasky Csupo / Nickelodeon vaults.

Among the biggest hype this movie received was Bruce Willis voicing Spike, and the use of "Odorama" cards to enhance the viewing experience, Burger King and Blockbuster released a scratch-and-sniff piece of cardboard that was to be scratched and sniffed during the run of the movie. A number would appear and the viewers had to scratch the number shown on the screen when it turns green and smell the number from the screen on the card. The cards were also included in the DVD release, which includes the option to watch the film with the "Odorama" visual cues. However, later reissues of the same disc (such as The Rugrats Movie Trilogy Collection set) do not include the cards.

This film was produced by released in the summer of 2003 to mixed reviews, gaining a 39% on Rotten Tomatoes.[2] It later received negative reviews as of it being considered to be either the weakest of the Rugrats films, earning mixed-to-negative reviews and not performing as well as the other two did (although it did manage to earn back its budget of $25 million).

There were also many complaints that the only thing that the "Odorama" cards smelled like was cardboard. The Odorama card was somewhat of an homage to John Waters' film Polyester. Despite the homage, Waters felt he was ripped off and realized that New Line Cinema, the studio that released Polyester, didn't renew the copyright for Odorama. He later said that "a check would have been an homage".[3]

The film opened at #4 at the box office and ended up grossing about $40 million. The film made about $39,402,572 in domestic grossing and $55,405,466 worldwide, making it a box office disappointment, and didn't make a box office hit like the previous two movies. However, it still grossed enough money to cover up its $25 million budget. 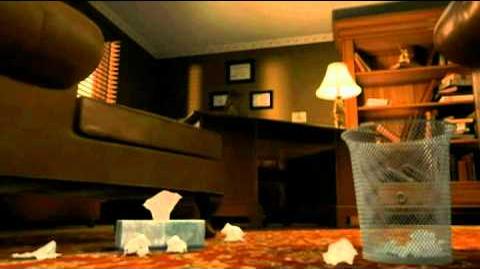 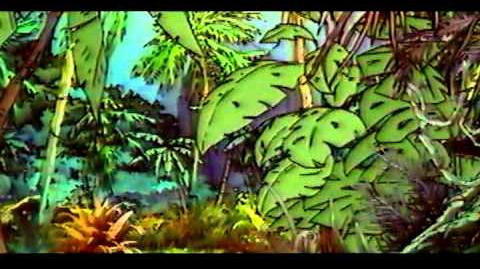 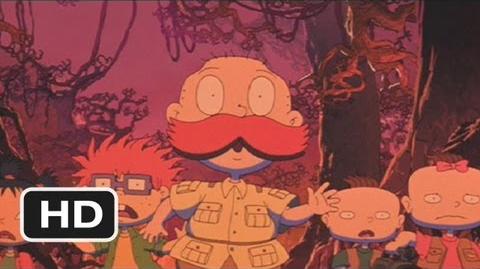 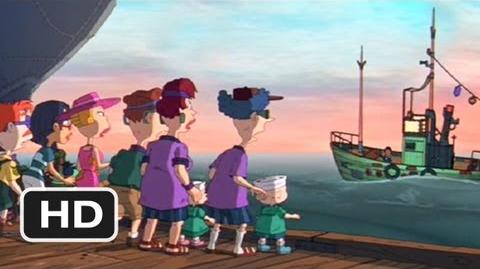 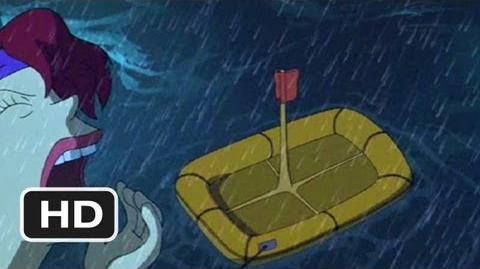 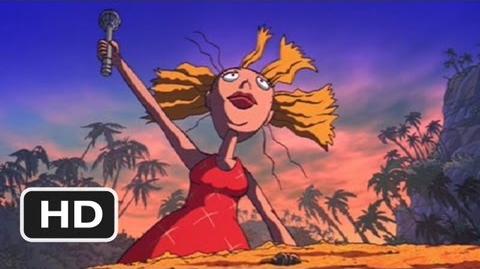 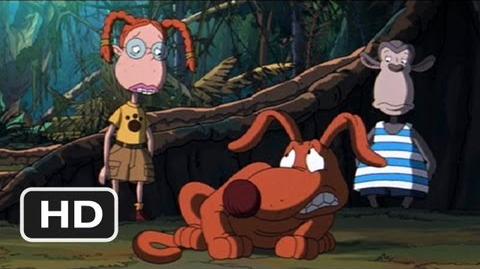 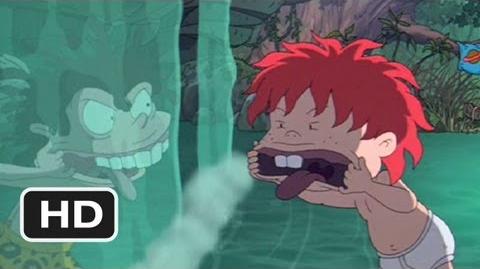 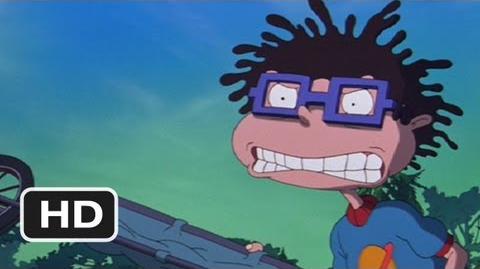 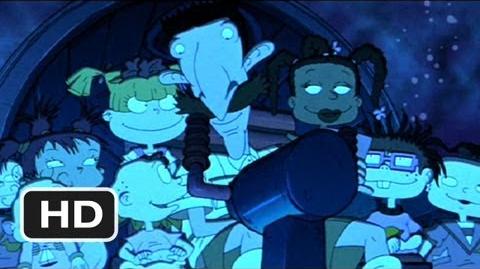 Print ad for Rugrats Burger King Kids Club toys and the scratch-n-sniff "Odorama" card to use during the movie.