Leader of the PAW Patrol

"Whenever you're in trouble, just yelp for help!"
"Paw Patrol is on the roll!"
Ryder is the protagonist of the Nick Jr. series PAW Patrol. As of season seven, he has been voiced by six Canadian and US actors and debuted in the show's first episode, "Pups Make a Splash."

Ryder has fair skin and spiky brown hair. He wears a white shirt, a primarily red vest, blue cargo pants and gray sneakers. His red PAW Patrol badge is pinned to the upper half of his vest.

Ryder is the leader of the PAW Patrol and the designer for most of his team's equipment. He is very knowledgeable about technology and is able to build a variety of gadgets. Ryder is the only member of the PAW Patrol to take part in every mission. When conducting a rescue, Ryder often drives an all-terrain vehicle, which doubles as a hovercraft and snowmobile. He occasionally uses a gliding flight suit for aerial missions (as of season three's "Air Pups"). 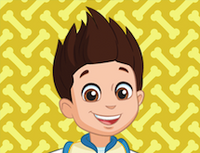 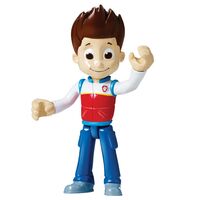 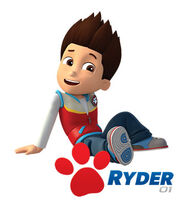 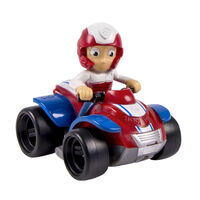 Ryder on the beach

Ryder in front of the PAW Patroller