Samantha "Sam" Puckett (born April 17) is a main character and the former co-host of iCarly.

Sam is portrayed as a tomboyish, sarcastic, aggressive girl, who has no respect for the authority or other people (except Carly, Freddie, Spencer, and Gibby, sometimes). It is possible that her behavior is a way to prevent people from getting close and hurting her.

As a result of her behavior, she frequently gets into trouble. She has a butter sock, which is swung around as a weapon. She has also been arrested four times. [19][20] On the show, Sam has been mentioned to have been in a juvenile detention center twice. She even has some regular Tuesday appointments with Principal Ted Franklin.[21][22] Carly mentioned that Sam has a therapist to discuss her issues.

Despite her flaws, she is a beautiful and kind person who cares deeply for her friends. She is witty, caring, and ingenious.

Sam Puckett is also portrayed as lazy. She often avoids doing work unless forced to. Her disgust of work even led to her having a near nervous breakdown when she had to get a job to pay back the $526 she owed Carly and Freddie. She is also very prideful, which is why Carly and Freddie had to use a trick from a willing iCarly fan to have her keep the money she got from a "tipster" at work.

Although Sam usually makes fun of “nerds” and people who love technology, Sam herself is quite tech-savvy. This is first shown when she gives the correct definition of "MPEG" while Freddie has it wrong.[23] Another time, she builds an entertainment center and even programmed the "Random Dancing" bit from iCarly into their locker..

In an episode, it was implied that she could specifically tell what changes she wanted Freddie to make to her website.[24] When she dated Jonah, she knew how to set it so that every time Jonah texted her, his voice can be heard saying, "It's me!"

For a girl of her size and age, she is shown to have amazing physical strength. In "iKiss", she ripped off Carly's door chain with her bare hands (though this was fueled by anger), and she occasionally flips or wrestles people who are much bigger than herself, such as Ricky Flame ("iCook"), Japanese security guards ("iGo to Japan"), Jocelyn ("iMake Sam Girlier"), and also had Adam over her shoulder in "iStart a Fanwar". If she wants to make Freddie go somewhere he doesn't want to, she usually just lifts him over her shoulder.

This feat even caused him to ask, "How do you do this?!" in "iFind Lewbert's Lost Love". In "iQuit iCarly", she and Fleck pushed a car in the garage, and she pulled up Carly from falling of a scaffold. In "iPsycho", she demonstrated that she knows the Vulcan nerve pinch from "Star Trek", and in iLove You, she made one of Freddie's Train Club members pass out by squeezing his wrist.

Perhaps her most prominent trait is her immense appetite and love for food (especially meat or anything meat-flavored). In "iWin a Date", she finished a gigantic bowl of salad in no time, while everyone else had trouble with their food.

If she's hungry, she wouldn't care if someone else already ate from a food item, as demonstrated in "iHeart Art" and "iMake Sam Girlier". At different times, she kept a microwave, a grill or a crockpot in her locker and occasionally eats breakfast in class.

She also carries fried chicken and ribs with her in her purse, as revealed in "iWas A Pageant Girl". Carly said in her birthday speech that Sam can eat an entire ham in less than 15 minutes, although in the pilot, she had difficulties in eating one, stating that ham shouldn't have a bone in the middle.

Sam seems to be somewhat of an artist, drawing very elaborate doodles as seen from drawing Jonah, drawing a bunny in jail, as well as drawing Freddie eaten by a tiger.

She also comments that, "All creative people worry that their stuff is lame. It's an artist thing." in "iHeart Art", as if she herself is an artist. In "iLost My Mind", Sam paints a realistic portrait of a hand with the thumb and index finger raised against a purple background. Sam humorously said she was finger-painting.

In "iGot a Hot Room", it is shown that Sam can speak Italian and is even apparently fluent in it. She says "Ti consiglio di fare gli auguri di compleanno a Carly ora, altrimenti ti spezzo le gambe!" which means "I suggest you do the birthday wishes to Carly now, or I'll break your legs!" According to her, her mother really likes Italian guys, and she learned it from them. As of iLove You", it is revealed that she, in fact, herself part Italian, which explains the aforementioned.

Sam does have somewhat of a soft side, especially when struck with guilt. This was proven in "iPromise Not to Tell" when she turned herself in because her friends felt bad, and in "iKiss" before her kiss with Freddie. There is no doubt that Sam is aggressive, but she would never do anything violent to Carly.

Sam is often suspicious and slightly paranoid for the weirdest reasons. An example is shown in "iReunite With Missy" when Carly stated that Sam had thought that Lewbert was an undercover cop because she thought his wart was a surveillance camera and that Gibby was a mermaid because he hates wearing shirts. Despite that, she actually knew what Missy was trying to do before anybody else in the episode.

It was revealed to Carly at the end of that episode that she was attempting to get rid of Sam because she thought since they were best friends first, she cannot have two best friends. It has been shown in "iSell Penny-Tees" and iStart a Fanwar" that she can be quite selfish.

In "iWill Date Freddie", Carly states that Sam doesn't lie. But in "iRocked the Vote", Sam says and proves by examples to Spencer, she is an expert at lying. This might mean that, though Sam is an expert liar, she usually tells the truth.

In "iChristmas", many minor quirks of Sam were revealed. She is right-handed but punches harder with her left, she wears different socks for good luck, her favorite color is brown because it's the color of gravy, her favorite junk food is Fat Cakes, her favorite book is Boogie Bear 3: The Return of Boogie Bear (she said she has only read three books in "iFence", not including The Penny Treasure); she hates people the most, and she wants to be an invisible ninja when she grows up.

Sam does show her sweet and sensitive side once in a while, which proves she is not completely blunt and rude all the time.

It is evident in "iSell Penny-Tees" and "iOpen a Restaurant" that Sam has or had a desire to open a restaurant, as she suggested it in "iSell Penny Tees" and actually did with Gibby in their school's basement. The restaurant was called Gibby's.

In "iParty with Victorious", it is revealed that Sam is actually quite good at rapping when she faces Rex in a rap battle.

She is also proven to be a very good singer when she sings a part of the mash-up with the lyrics Leave It, "I know somehow we're gonna get there and feel so wonderful" and "Tomorrow you'll be everybody's fascination."

She sang the theme songs of Drake and Josh as well as Victorious before in a web video also seen during the end credits of "iGot a Hot Room" with Freddie and Carly, and Sam also enjoys singing here on the ninth photo of the gallery.

Its caption reads "Singing is one of the few things Sam enjoys that is NOT illegal -- except when she sings in no-singing zones." 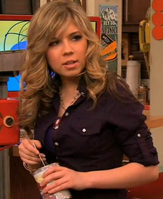 Sam in an all-new Victorious message 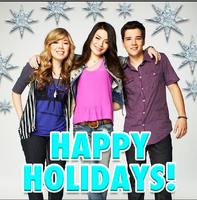 Sam, Carly and Freddie on a Happy Holidays! message 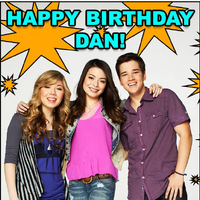 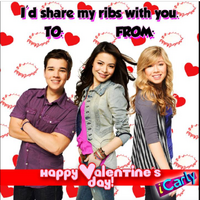 Sam, Carly and Freddie on a Valentine's Day poster 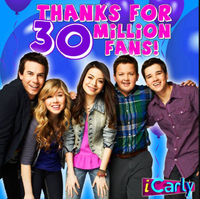 Sam and friends thanking everyone for 30,000 fans 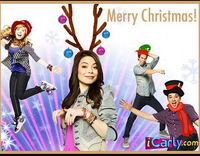 Sam and friends wishing everyone a Merry Christmas 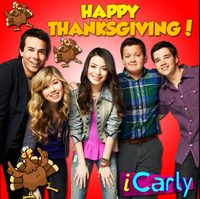 Sam and friends in a Thanksgiving poster

Sam and friends in Christmas costumes 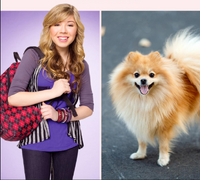 Sam Puckett with a Pomeranian 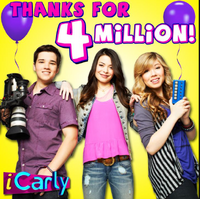 Sam, Carly and Freddie thanking everyone for 4 million followers 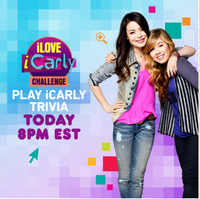 Sam and Carly on the iLove iCarly Challenge poster

Sam with her famous remote

Sam Puckett as an alien 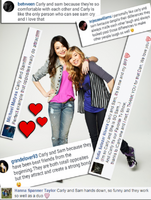 Sam and Carly smiling with comments 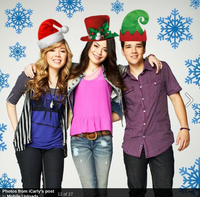 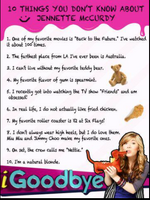 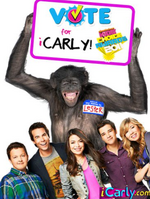 Lester wants You to Vote iCarly for Favorite TV Show! 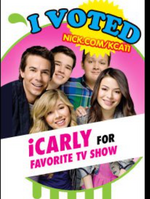 Sam Puckett blowing her nose with a handful of wet noodles 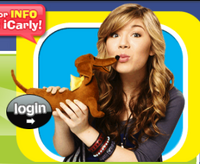 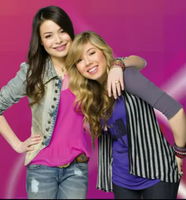 Sam and Carly at the end of each video.

Sam Puckett on the iCarly Wiki