Nickelodeon
Register
Don't have an account?
Sign In
Advertisement
in: Character stubs, The Loud House characters, Females,
and 9 more
English

"Hey, Lunes. Ready to turn the volume up to 11?"
Sam Sharp is a recurring character on The Loud House, introduced in the Season 2 episode "L is for Love". She is Luna Loud's classmate, bandmate, and girlfriend. Sam shares Luna's interest in rock music, and also enjoys organic juices, sailing and rock climbing, but isn't very good at baking, dancing or laser tag. She also gets along well with all animals and is the head volunteer worker at Royal Woods' animal shelter.

In Sam's debut episode, "L is for Love", the Loud siblings find a love letter addressed to "L. Loud" (it was actually the result of their parents recreating their courtship for the 20th anniversary of when they first got together) and try to figure out who it's meant for. Luna believes that Sam is her would-be admirer, but throughout the episode is too nervous to try to get Sam's attention. Eventually, though, after hearing the story of how her parents got together, Luna gets over her anxiety and slips a love letter of her own into Sam's locker.

Sam's relationship with Luna is developed further in the next season's "Racing Hearts", in which they are partnered in the Royal Woods Astonishing Quest. Over the course of the episode, it's revealed that Sam does indeed reciprocate Luna's crush on her. The pair find that they surprisingly do not have a lot in common aside from their shared interest in rock music and not being very good at baking, but they decide they can still take the time to learn new things about each other as a couple.

In "Purrfect Gig", when Luna has difficulty in catsitting the McBride family's cats, she calls Sam to help her. 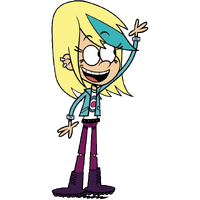 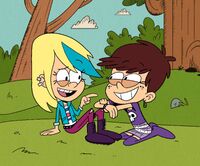 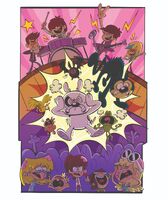 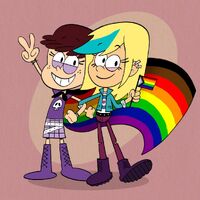