Nickelodeon
Register
Don't have an account?
Sign In
Advertisement
in: Shows, films, and people with wikis, Stubs, Shows,
and 6 more
English

The topic of this page has a wiki of its own: Sanjay and Craig Wiki.

Sanjay and Craig is a Nicktoon co-created by Jim Dirschberger, Andreas Trolf, and Jay Howell. Howell (who also designed the main characters of Bob's Burgers) acted as the series' creative director and character designer. The show centers on an Indian boy named Sanjay who adopts a talking snake named Craig.

Sanjay and Craig premiered on Nickelodeon on May 25, 2013 and ran its last episode on July 29, 2016. As of 2022, it is notably the last Nicktoon to have completely finished its run on the main Nickelodeon network without ultimately being moved to the NickToons network.

The show follows around Sanjay Patel and his best snake friend, Craig. As the duo eat some wings, meet their hero, Remington Tufflips, and follow everyday life, the duo's friendship can never be broken.

The main characters are voiced by nine actors. 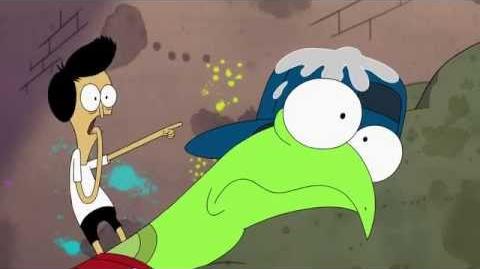