Nickelodeon
Register
Don't have an account?
Sign In
Advertisement
in: Shows with wikis, Live-action shows, Shows,
and 4 more

This show has a wiki of its own: Side Hustle Wiki.

"We Got This!" by Jules LeBlanc and Jayden Bartels

"We Got This" (Instrumental)

Side Hustle (stylized as SIDE HUSTLE) is a live-action multi-camera series created by Dave Malkoff for Nickelodeon. The series is shot in front of a live studio audience. The series was officially announced on February 24, 2020, and filming started in March 2020. It premiered on November 7, 2020.

On January 7, 2021, Nickelodeon ordered 7 more episodes bringing Season 1 to a total of 20 episodes in all.

On March 18, 2021, Nickelodeon ordered 6 additional episodes, bringing the total episodes in the first season to 26 episodes.[1][2]

On September 1, 2021, Nickelodeon officially renewed Side Hustle for 20-episode Season 2.[3]

Side Hustle follows two best friends, smart and sarcastic Lex and confident and tough Presley, as they devise a plan to make money when fireworks accidentally destroy a boat belonging to the dad of their quirky friend Munchy and the principal of their school Forced to come up with creative ways to earn money to pay for the damages, the best friends enlist the help of Presley’s tech-savvy younger brother, Fisher, to create an app called “KidDING!” to connect with people looking for help with small jobs. 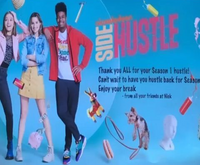 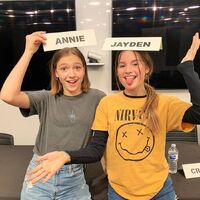 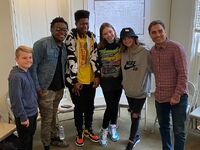 Fun in between Scenes!

Saturday Nights @ 8:30 Only On Nickelodeon!