This page is a list of episodes in the twelfth season of SpongeBob SquarePants, which was announced on May 5, 2017. Vincent Waller confirmed that it will consist of 26 episodes.

On June 21, 2017, Lori Alan confirmed on Instagram that voice-recording for season 12 had started, and shared a photo showing three words from an untitled season 12 episode script.

On August 18, 2017, Vincent Waller confirmed on Twitter that the first script of season 12 is finished, and shared a photo of the script, revealing a writer of the episode, Kaz. The title is replaced with Xs. It later turned out to be "Plankton's Old Chum".

"FarmerBob," the first episode of this season, was the only one to premiere during Stephen Hillenburg's lifetime. 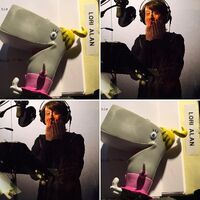 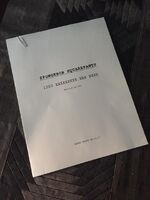 Retrieved from "https://nickelodeon.fandom.com/wiki/SpongeBob_SquarePants_(Season_12)?oldid=283388"
Community content is available under CC-BY-SA unless otherwise noted.