Nickelodeon
Register
Don't have an account?
Sign In
Advertisement
in: Character stubs, The Fairly OddParents characters, Males,
and 11 more

"The End of the Universe-ity"

Timmy and his friends, unpopular kids, Timmy's crush on Trixie
Tad and Chad are a pair of characters featured in The Fairly OddParents. They are two popular boys at Dimmsdale Elementary School who dislike Timmy Turner and his friends, and are often publicly ridiculing him in front of Trixie Tang and their other classmates. They often throw parties on their yachts along with the other popular students Trixie and Veronica, the latter of whom also is not always safe from Tad and Chad's snide remarks and public humiliation.

They can also afford useful gadgets such as jetpacks and motorbikes. 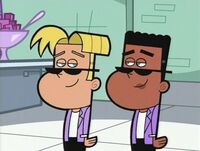 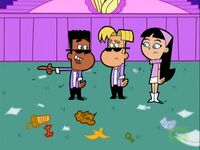 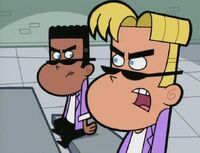 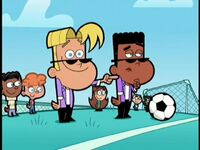