Nickelodeon
Register
Don't have an account?
Sign In
Advertisement
in: Avatar: The Last Airbender, Nicktoon films, Movies,
and 3 more

The film stars Noah Ringer as Aang, with Nicola Peltz as Katara, Jackson Rathbone as Sokka, and Dev Patel as Prince Zuko. It was produced by Paramount Pictures and Nickelodeon Movies. Development for a film began in 2007; it was adapted into a film by Shyamalan, who also wrote and produced the film. Other producers include Frank Marshall, Kathleen Kennedy, Sam Mercer and Scott Aversano. The series from which it was adapted was influenced by Asian art, mythology and various martial arts fighting styles and was created by Michael Dante DiMartino and Bryan Konietzko. Filming began in mid-March 2009, with locations in Greenland and Pennsylvania.

The Last Airbender was made for $150 million and marketed with a budget of $130 million, making total costs at least $280 million. Premiering in New York City on June 30, 2010, it opened in the United States the following day, grossing an estimated $16 million. The Last Airbender opened in second place at the box office behind The Twilight Saga: Eclipse, and eventually grossed $131 million domestically and $319 million worldwide.

The film and 3D conversion was largely panned by critics and fans alike, and won five Golden Raspberry Awards including Worst Picture in 2011. The film is even regarded by some as one of the worst of all-time.

Fourteen-year-old Katara (Nicola Peltz) and her fifteen-year-old brother, Sokka (Jackson Rathbone), are near a river at the South Pole. While hunting, they discover an iceberg that shoots a beam of light into the sky. Inside of the iceberg is a boy named Aang (Noah Ringer) and a flying bison named Appa. Unknown to them, Aang is the long lost Avatar – the only person on the planet able to “bend” all four elements. One hundred years have passed since the Fire Nation has declared war on the other three nations of Air, Water and Earth in their attempt to conquer the world.

Zuko (Dev Patel), an exiled prince of the Fire Nation, is on a quest to find the Avatar and bring him as prisoner to his father, Fire Lord Ozai (Cliff Curtis). Seeing the light that appeared from Aang's release, Zuko and some Fire Nation soldiers arrive at the Southern Water Tribe to demand the villagers hand over the Avatar. Aang reveals himself as he surrenders himself to Zuko on the condition that he agrees to leave the village alone. On the ship, Aang is tested by Zuko's Uncle Iroh (Shaun Toub) to confirm him to be the Avatar. After being informed that he is to be their prisoner for passing the test, Aang escapes using his glider and flies to his flying bison brought by Katara and Sokka. Aang and his new friends visit the Southern Air Temple and he learns that he was in the ice for a whole century and that the Fire Nation wiped out all Air Nomads, including his guardian, Monk Gyatso. In despair, he enters the Avatar state and finds himself in the spirit world where he encounters a dragon spirit that tells him to make his way to the Northern Water Tribe to master Water Bending.

While at a small Earth Kingdom town controlled by the Fire Nation, Aang's group is arrested because Katara tries to help a young boy from a patrol. They incite a rebellion by reminding the disgruntled Earthbenders that earth was given to them. Katara is given a Waterbending scroll that she uses to perfect her Waterbending and help Aang learn as they make their way to the Northern Water Tribe and liberate more Earth Kingdom villages in the process.

During a side track to the Northern Air Temple on his own, Aang is betrayed by a peasant and captured by a group of Fire Nation archers, led by Admiral Zhao (Aasif Mandvi), a Fire Nation Admiral appointed by the Fire Lord. However, a masked marauder, the "Blue Spirit", helps Aang escape from his imprisonment. Zuko is the masked vigilante, and Zhao realizes this. He arranges to kill the prince. Zuko survives the attempt on his life with Iroh's help. He sneaks aboard Zhao's lead ship as his fleet departs for the Northern Water Tribe to capture the Avatar. Upon arriving, Aang's group is welcomed warmly by the citizens of the Northern Water Tribe. Immediately, Sokka befriends the Northern Water Tribe princess, Yue (Seychelle Gabriel). After a few agreements, a waterbending master, Pakku (Francis Guinan), teaches Aang waterbending.

Soon, the Fire Nation arrives and Zhao begins his attack while Zuko begins his search for the Avatar on his own, capturing Aang as he enters the spirit world to find the dragon spirit to give him the wisdom to defeat the Fire Nation. Returning to his body, Aang battles Zuko before Katara freezes him. As the battle escalates, Iroh watches Zhao capture the moon spirit Tui, which with its water spirit counterpart had assumed the form of a fish. Despite Iroh's pleas, Zhao kills Tui to strip the Waterbenders of their powers and abilities to Waterbend. Yue explains to everyone that the moon spirit gave her life, willing to gave it back as she dies in the process. With the tables turned, Zhao is drowned by Waterbenders after Zuko and Iroh leave him to his fate. Aang uses the ocean to drive the armada back. Aang now fully embraces his destiny as the Avatar as he, Katara and Sokka prepare to continue their journey to the Earth Kingdom to find an earthbending teacher for Aang. The Fire Lord learns of the defeat, and he appoints his daughter Azula (Summer Bishil) to capture the Avatar. 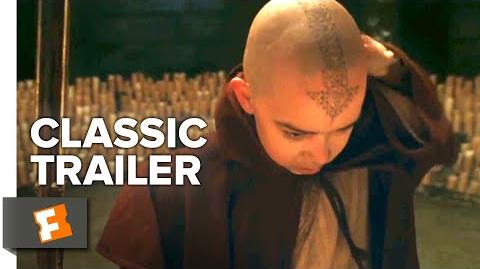 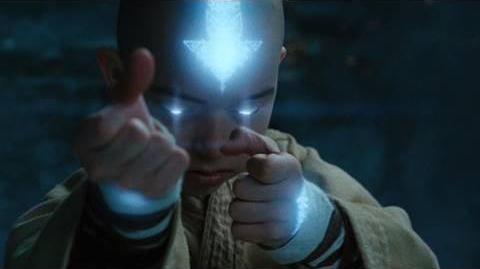 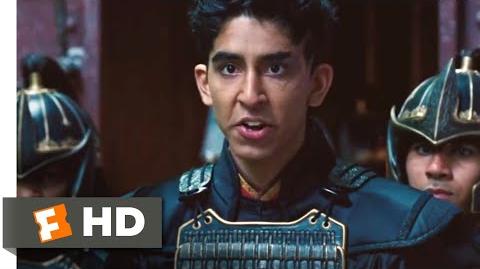 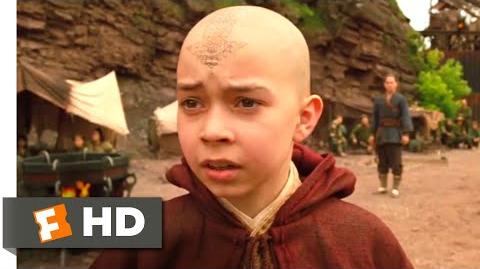 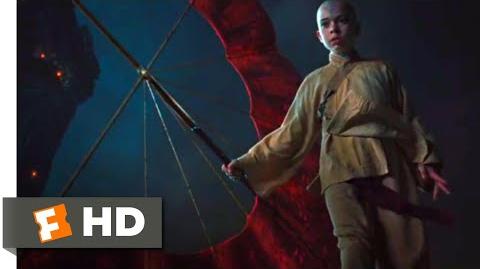 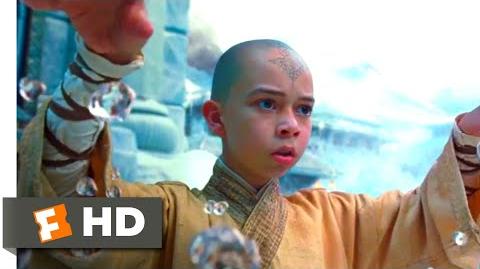 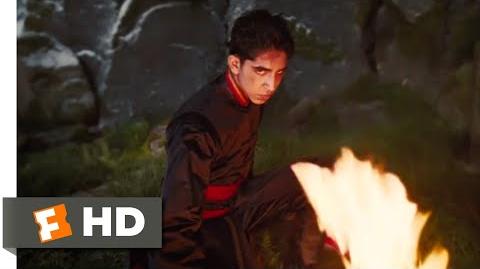 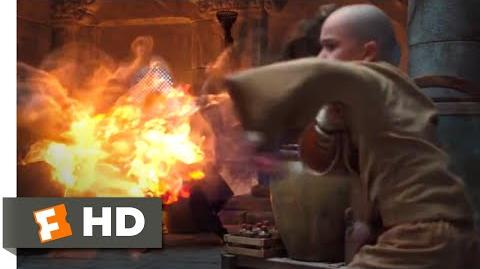 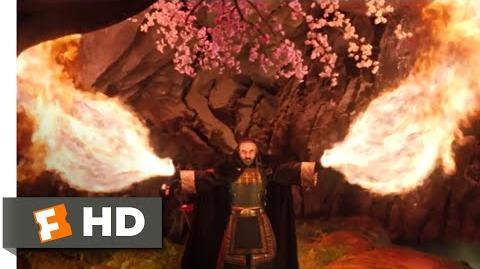 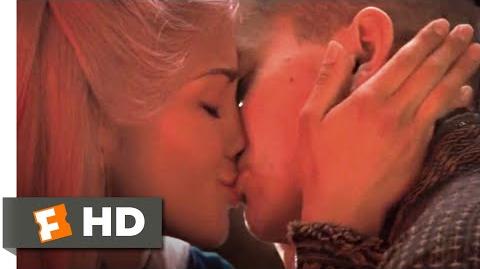 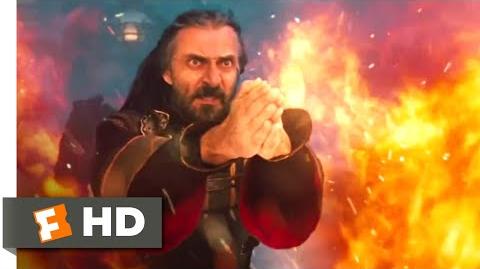 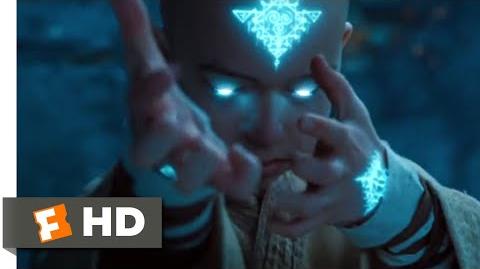 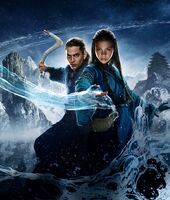