Nickelodeon
Register
Don't have an account?
Sign In
Advertisement
in: Shows with wikis, Avatar: The Last Airbender, The Legend of Korra,
and 6 more
English

The Legend of Korra

This show has a wiki of its own: Avatar Wiki.

The Legend of Korra is an American animated show that premiered on Nickelodeon on April 14, 2012. It is the sequel series of Avatar: The Last Airbender and the fifth Nicktoons spin-off.

The series take place 70 years after the end of its predecessor. The only characters from the original series to be featured in both shows are Iroh, Katara, Toph, and Zuko. However, Aang and Sokka can be seen in flashbacks.

The first two episodes were released online on March 24–25, 2012 and were available in high-definition for free on iTunes. The series ran for four seasons, spanning a total of fifty-two episodes. The series ended on December 19, 2014 with the final episode "The Last Stand".

After the conclusion of the Hundred Year War, Aang and Zuko had brought people from the four nations together and founded the United Republic of Nations, with its capital being Republic City, a large "metropolis powered by steampunk-type technology" such as cars and motorcycles. Aang and Katara had three children, the youngest of which was Tenzin, the only airbender of the three siblings. Meanwhile, Toph Beifong had traveled extensively to teach metalbending to other earthbenders. After Aang's death in 153 ASC, the Avatar Spirit was then reborn and reincarnated into a rebellious and hotheaded seventeen-year-old girl from the Southern Water Tribe named Korra.

At the present time, seventy years after the end of the Hundred Year War, Korra, a rebellious seventeen-year-old girl is set to complete her airbending training and fulfill her role as the Avatar. She has already mastered waterbending, earthbending, and firebending by then. At the beginning of the series, Korra travels to Republic City and starts her airbending training with Tenzin. Tenzin himself is married to Pema. He has two daughters, Jinora, a "bookworm", and Ikki, a "motor-mouth", while Meelo, his first son, was his only son until Episode 10, "Turning the Tides", when Pema gave birth to another boy named Rohan.

However, Republic City is not what Korra imagined it to be. Anti-benders called "Equalists", who oppose the arts of bending, utilize techniques such as chi blocking to further their goals of revolution, led by Amon. Korra must fight rampant crime and the Anti-bending Revolution, assisted by two brothers, Mako, a firebender, and Bolin, an earthbender. She is also joined by her animal companion, Naga, and the Metalbending Police Force of Republic City, who are led by Toph's daughter, Lin Beifong.

Six months after the events of the Anti-bending Revolution, Korra, having learned to bend all four elements and achieved status as a Fully Realized Avatar, must once again become the student when she delves into the realm of spirits under her paternal uncle's teachings and tutelage. Now learning the depths of her spiritual connections, Korra soon discovers that light cannot exist without the dark, and in a never ending cycle of creation and destruction, only she has the ability to maintain balance in the world.

With a shift in the world's energy due to Harmonic Convergence, the ability to airbend has resurfaced in some non-benders, prompting Korra and her allies to scour the Earth Kingdom in search for these new benders to offer training and guidance. However, while the Air Nation is slowly being rebuilt, Zaheer and his fellow Red Lotus accomplices escape their respective prisons and set out to bring all the nations down and succumb the world into anarchy. Their belief that disorder is the natural order poses a lethal threat to Korra and she must fight to save not only the balance of the nations in the world, but also herself and the Avatar Cycle.

Following the insurrection of the Red Lotus, Korra left to the Southern Water Tribe to recuperate and Team Avatar moved on with their lives. Three years later, in 174 AG, the former captain of Zaofu's guard, Kuvira, has been traveling the Earth Kingdom with Bolin, Varrick, and her fiancée, Baatar Jr., on a quest to reunite the nation after it fell into disarray following Queen Hou-Ting's death. When she was supposed to relinquish control to the newly crowned Earth King Wu, she denounced his authority and appointed herself the ruler of the Earth Empire. Meanwhile, Korra managed to heal physically, though she is still facing an emotional block caused by residual traces of mercury. With troubles coming to the Earth Kingdom, Team Avatar divided, and the Avatar's whereabouts unknown, the search for balance begins anew.

Full season sets for The Legend of Korra were released on DVD and Blu-ray (making it one of the few Nicktoons to be released on the latter format, alongside the original Avatar and, to a lesser extent, SpongeBob SquarePants) by Paramount Home Media Distribution from 2013 to 2015. A Complete Series box set collecting all the season sets was released on both formats on December 13, 2016. 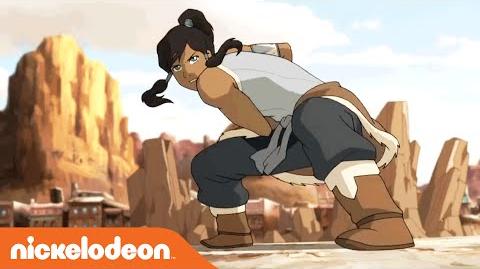 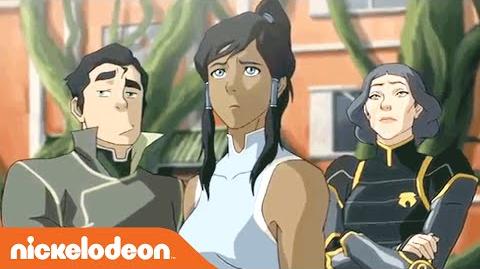 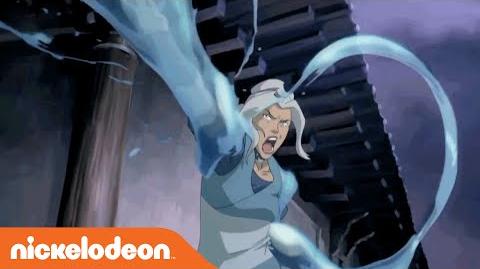 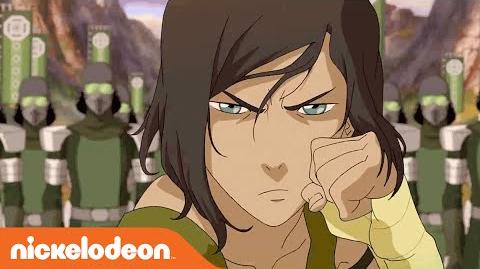 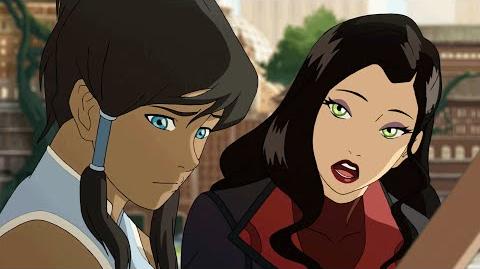 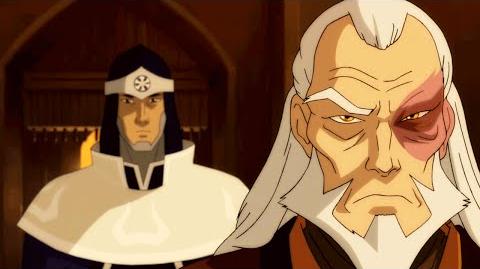 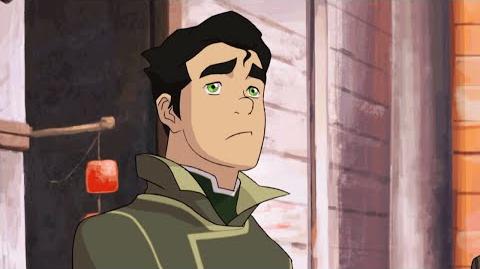 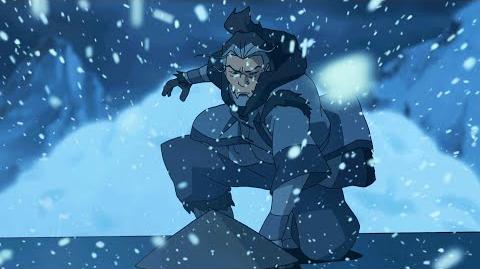 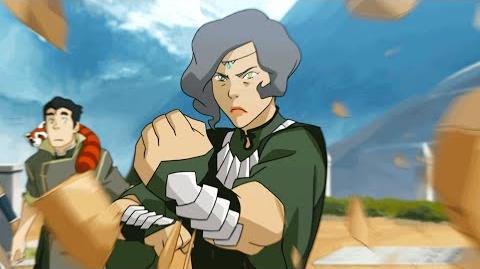 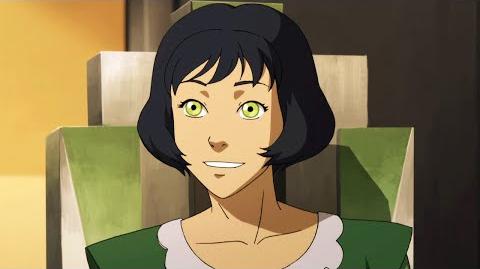 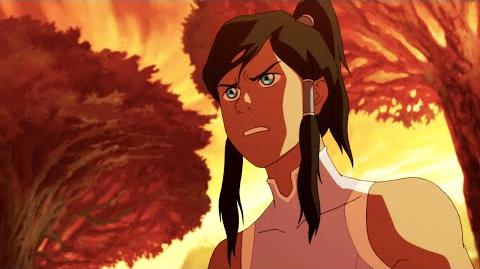 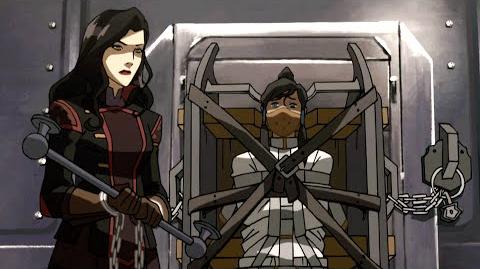 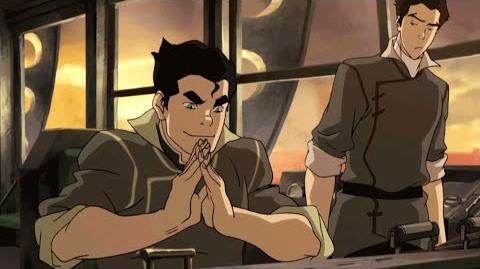 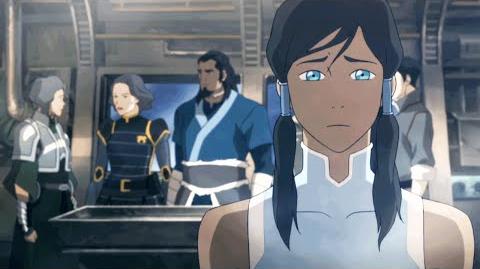 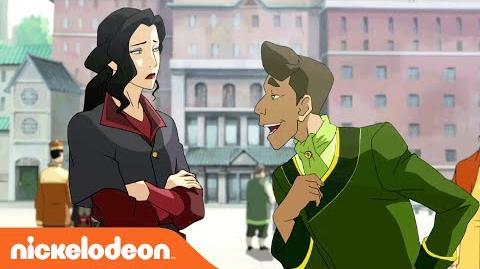 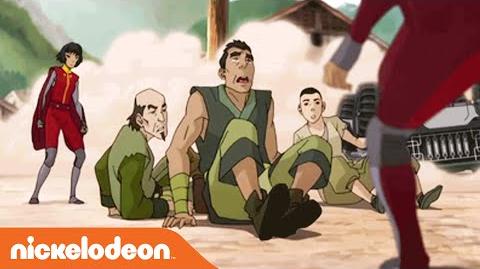 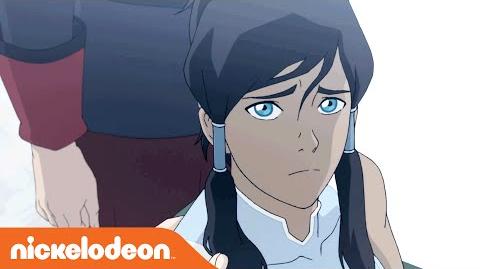 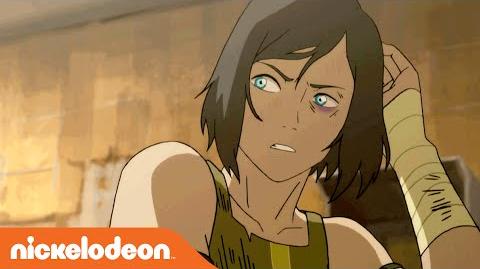 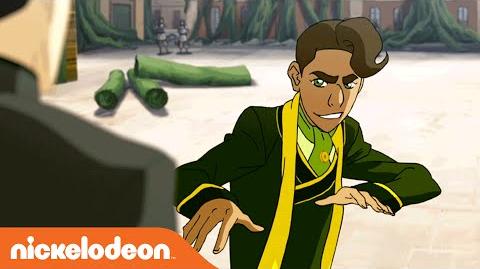 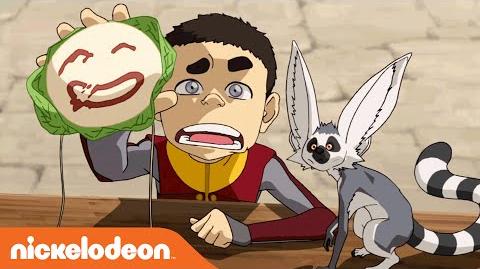 This show has a wiki of its own: Avatar Wiki.