Nickelodeon
Register
Don't have an account?
Sign In
Advertisement
in: War causing pages, Shows with wikis, Stubs,
and 6 more

This show has a wiki of its own: Encyclopedia SpongeBobia Wikia.

The Patrick Star Show is the second spin-off series based on SpongeBob SquarePants. It was confirmed by Nickelodeon on August 10, 2020.[1] The show premiered on July 9, 2021, alongside Middlemost Post.

The series features Patrick hosting his own late-night talk show, mainly including him and his family, but other SpongeBob characters still making occasional appearances. It will also introduce several characters, voiced by new voice actors.

It was announced that the show would have additional 13 episodes bringing the revised first season to consist of 26 episode.[2]

The series' first half of its first season was released on DVD on June 21, 2022.

Patrick Star and his new family 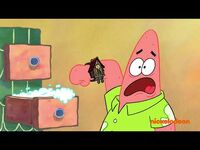 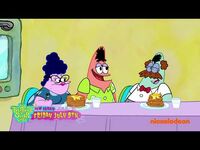