The Ren & Stimpy Show was a monthly comic book series published by Marvel Comics, based on the Nicktoon of the same name. It was the first comic based on any Nickelodeon property, though Marvel's initial plan to do an anthology comic featuring all the Nicktoons. (Rugrats would eventually get its own comic book in 1997 and again in 2017, while Doug would not be adapted to comics until after its move to Disney.) The comic ran for 44 issues plus several specials, with most of the stories written by comic scribe Dan Slott. 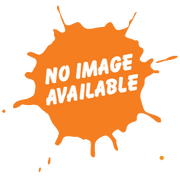 Masters of Time and Space! 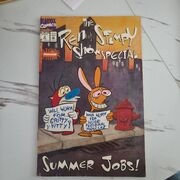