The Rugrats Movie is a 1998 animated adventure-comedy-drama film, the third theatrical film produced by Nickelodeon Movies, their first animated theatrical film, and the first movie based on the Nicktoon of the same name. The film was distributed by Paramount Pictures and released into theaters on November 20, 1998. Despite receiving mixed reviews from critics, the film became a box office success, grossing $140 million worldwide against its $24 million budget. It also became the first non-Disney animated film to gross over $100 million in the United States.

The film starts with a fantasy sequence parodying the 1981 film Raiders of the Lost Ark, where Tommy and his friends are trying to obtain the artifact (actually an ice cream sundae in the refrigerator). Afterwards, the Rugrats are chased out of the temple by a boulder - which is actually Didi, pregnant with her and Stu's second child, which everyone believes will be a girl. Tommy is at first enthusiastic about having a younger sibling, although Angelica warns him that once the sibling is born, Stu and Didi will forget all about him. Eventually, the baby is born and turns out to be a boy, who they name Dil, after Didi's cousin.

Unfortunately, Angelica's words appear to be true when Dil quickly becomes very selfish, crying non-stop for attention, keeping all of the Rugrats' toys for himself, and refusing to share with Tommy. He also takes the attention of Didi and Stu, leading Tommy to feel ignored. After a particularly nasty fight between Tommy and Dil over Tommy's teddy bear, Stu has a conversation with Tommy about being a big brother and the responsibility he now has and assures him that one day he will be happy to have Dil as his little brother. He also gives Tommy a locket with a picture of Tommy and Dil taped together and a watch inside which he calls his "sponsitility", his term for responsibility.

Meanwhile, Dil pushes Chuckie, Phil, and Lil too far, and they decide to take him back to the hospital, despite Tommy's objections. They end up driving recklessly through the streets in a Reptar Wagon which Stu had built for a contest. Along the way, Dil secretly steals Angelica's Cynthia doll, which prompts her to take Spike and they embark on a quest to find the babies. Around the same time, a circus train suffers an accident in the same woods and a group of wild monkeys escape from the wreckage, while the monkeys' owners, the Banana Brothers, attempt to search for them. The parents soon discover their kids' absence, and call the police and rangers for help, and the news leaks out and reporters come to interview them.

The babies eventually crash in the woods, where they realize that they are lost. They spot a ranger's cabin where they believe a "lizard" (their mispronunciation of "wizard") lives, and decide to go there, believing that the wizard can take them home. Soon they come upon the circus monkeys, who then abduct Dil. Tommy vows to find Dil by himself, because Chuckie, Phil, and Lil agree they are better off without him. Tommy eventually finds Dil during a storm, and they are forced to take shelter under a tree. But as Tommy tries to take care of him, Dil selfishly drinks all of their milk and keeps a large blanket for himself, eventually tearing it in half and causing Tommy to fall into a puddle of mud. Tommy finally snaps and very nearly pours banana baby food on Dil for the monkeys to take him away, but Tommy's rage and the storm's lightning and thunder frighten Dil so much that he sees the error of his ways and turns over a new leaf. The brothers reconcile and sleep peacefully.

The next morning, the other babies find Tommy and Dil, and after running into Angelica and Spike, they make their way to the "lizard." While on a bridge, they are confronted by the monkeys but are then scared off by a wolf, who has been hunting down the babies since they arrived in the woods. Spike intervenes and fights the wolf until they both fall from the bridge to their apparent deaths. Meanwhile, Stu, who has been looking for the babies via aircraft, finally finds them, but crash lands into the ranger's cabin. Believing he is the "lizard," the babies wish for Spike back instead of going home. Stu then falls through the bridge and finds Spike, who had actually survived the fall. The babies are then reunited with their families, and the monkeys with their circus owners.

In the final scene, the babies are having the same imaginary adventure they had when the movie began, but this time are successful with Dil's help, finally accepting him as one of them.

In a post-credits scene, Grandpa Lou is sleeping in the Reptar wagon and Boris' goat pushes it down the street and chases after it, presumably starting another search all over again.

The film was released in theaters with a CatDog short titled "Fetch", in which Cat wins a radio contest and attempts to answer the phone as Dog chases down his tennis ball. This short was later broadcast, with some slight edits, as part of an episode of CatDog's second season, though the original theatrical version would resurface as an interstitial on Nicktoons TV in 2002. However, the VHS and DVD releases of the movie included a different CatDog short, "Winslow's Home Videos".

The Rugrats Movie was met with mixed to positive reactions from critics. It received a 59% on the review aggregator website Rotten Tomatoes, with 29 "Fresh" reviews and 20 "Rotten" reviews, certifying it as "Rotten".[6]

A video game adaptation was released for Game Boy and Game Boy Color , with the former being released in November 1998[7] and the latter on March 12, 1999.[8] Both games were developed by Software Creations and released by THQ.[8][9] It was a side-scrolling game that featured 8 levels, with the plot revolving around finding a replacement for Dil after he disappears.[10]

Two scenes were cut from the film during production in order to bring the film to 85 minutes. The first sequence revolved around Stu and Didi in a nightmare sequence where Dr. Lipschitz berates their parenting through song. The other sequence occurs as the Rugrats are pushing the Reptar Wagon through the woods, debating what to do about Dil in army chant style. These two scenes were cut from the theatrical version and were not included in the VHS and DVD releases. However, they were already animated at the time, and the scenes are shown on the CBS and Nickelodeon TV airings of the film. Both scenes were also present in the print novelization. 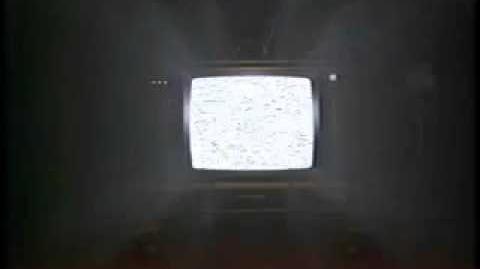 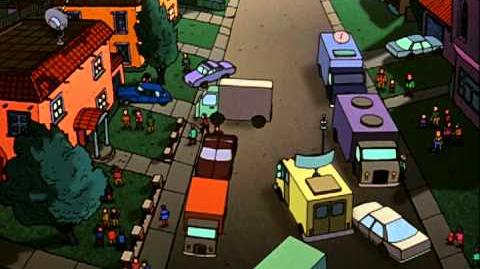 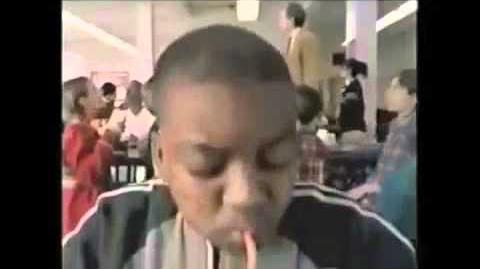 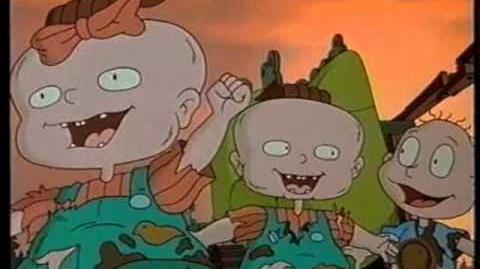 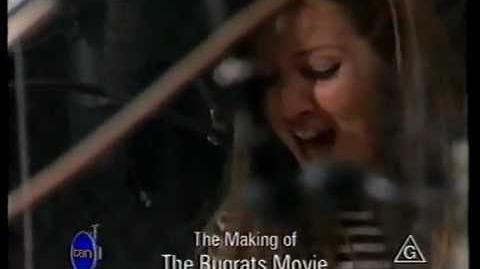 The Making of the Rugrats Movie
"Making of" featurette 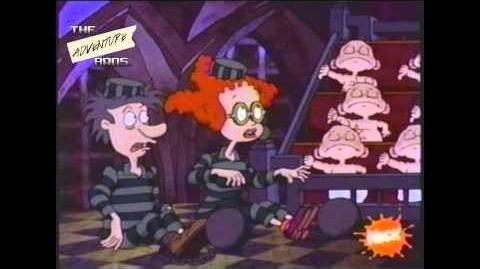 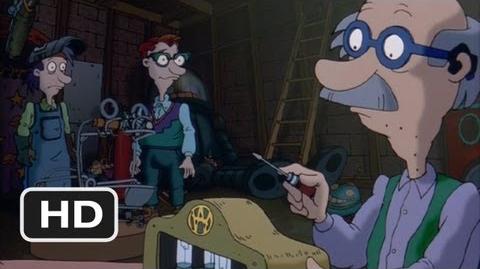 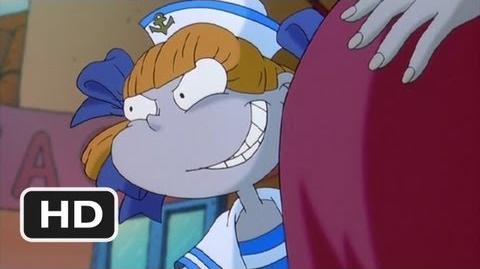 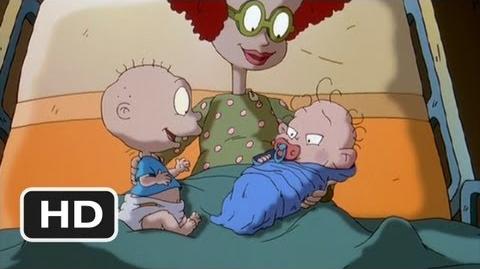 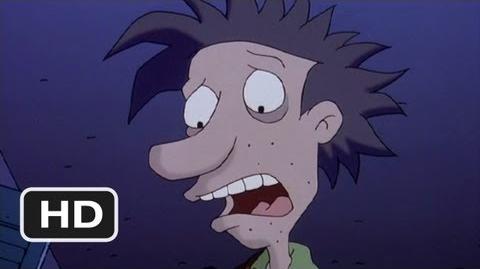 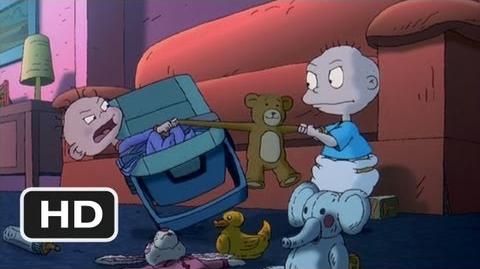 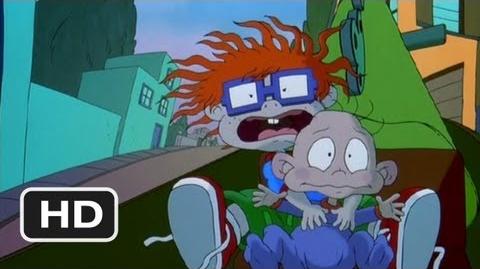 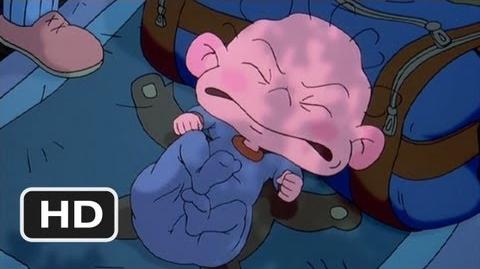 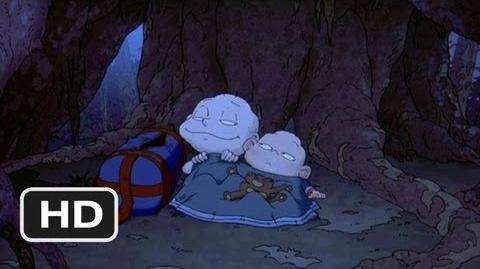 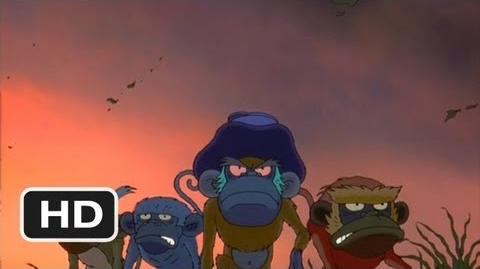 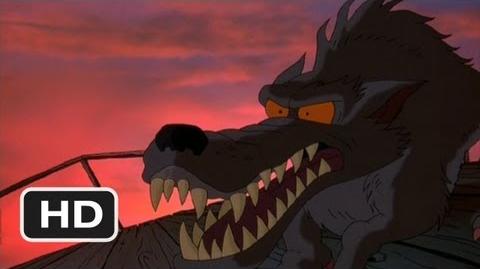 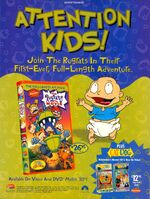 Retrieved from "https://nickelodeon.fandom.com/wiki/The_Rugrats_Movie?oldid=232173"
Community content is available under CC-BY-SA unless otherwise noted.