Nickelodeon
Register
Don't have an account?
Sign In
Advertisement
in: Shows, films, and people with wikis, Stubs, Live-action shows,
and 8 more
English

The topic of this page has a wiki of its own: The Thundermans Wiki.

The Thundermans was a superhero-themed live-action comedy television series that ran on Nickelodeon from October 14, 2013 to May 25, 2018. It starred Kira Kosarin, Jack Griffo, Addison Riecke, Diego Velazquez, Chris Tallman and Rosa Blasi. 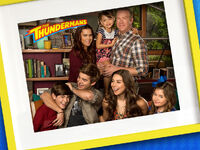 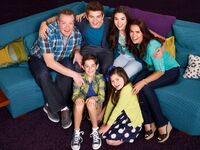