U-Pick Live was a television program that aired on Nickelodeon from October 14, 2002 to May 27, 2005. The show was broadcast every weekday from 5:00pm EST to 7:00pm EST from Nickelodeon's headquarters in New York City. Similarly to its predecessor U-Pick Friday, it allowed viewers to pick via internet the Nickelodeon shows, usually Nicktoons, that would air that afternoon. The hosts of the show also took part in sketches and gags, often including members of the studio audience and celebrity guests. Interviews with celebrity guests and musical performances were also frequent features.

The end of U-Pick Live was cemented when co-host Candace Bailey chose not to renew her expired contract. Fellow host Brent Popolizio had one year left on his contract, but Nickelodeon simply didn't want to continue the show without Candace. So the end result was that they pretty much bought out Brent's Contract. 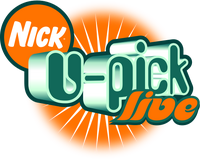 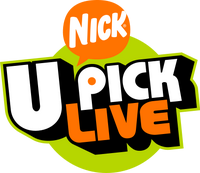 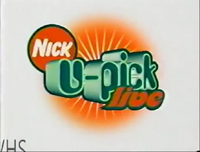 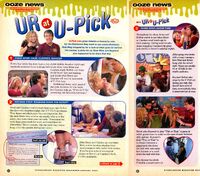