"What are you, nuts?"
Winslow T. Oddfellow is the deuteragonist in CatDog. He is a sneaky small mouse that lives in CatDog's house. Winslow likes to stir up trouble for Cat. Cat doesn't like Winslow and calls him names like "rodent" and "blue rat". Winslow seems to like Dog, but Winslow sometimes doesn't like Cat. However, it was eventually revealed that Winslow may be afraid of Cat, because of Cat trying to eat him once. Dog, however, does not mind Winslow and is friendly with him. Deep down, he has a very big heart and loves CatDog and at some point act as CatDog's conscience and guidance of living in society, but acts out against them because he is jealous of how close they are.

Winslow is turquoise with black beady eyes. He has green plaid overalls. Winslow's shoes are brown. His tongue is pink and his teeth are white. 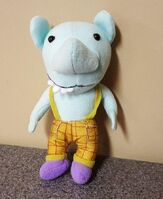 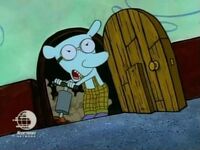 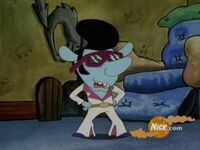 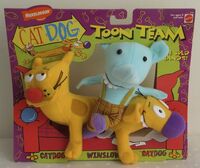 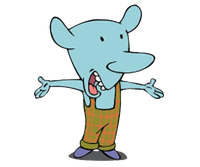 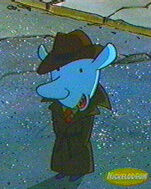