The television series follow-up release date has yet to be confirmed.

June Bailey, a girl with a bright imagination, and her mother come up with the story of Wonderland, a magical amusement park run by a group of animals: Boomer, a big blue bear who greets guests; Greta, a wild boar; Gus and Cooper, beaver brothers; Steve, a porcupine who is the park's safety manager and is in love with Greta; and Peanut, the leader of the park and a chimpanzee who has the ability to create rides by listening to June's mother's voice.

Over time, Mrs. Bailey starts to get sick and is sent away for recovery, June starts alienating from Wonderland, and burns the blueprints of the park out of frustration. Sometime later, Mr. Bailey sends June to math camp, after misinterpreting a note from her father as a cry for help, she uses her friend Banky to create a distraction on the bus to escape and return home, but instead she finds a broken-down Wonderland in the woods.

The park is currently being stormed by a cloud named the Darkness; June and the animals attempt to fix the park's mechanism but are attacked by Chimpanzombies, the park's former plush toys. In the chaos, June gets separated from the animals and finds herself in a floating chamber known as Zero-G Land.

There, June finds Peanut hiding from the Darkness and confesses he felt lost after he stopped hearing the voice in his head, this leads June to realize that the Darkness was created by herself as a result of her cynicism from her mom's illness, the Chimpanzombies break in and take Peanut as their prisoner but June manages to escape.

June runs back to the animals to tell them she found Peanut, but also confesses that she is responsible for the Darkness. Feeling upset over this revelation, they abandon her. After noticing the piece of the blueprint and realizing that she has been able to create the ideas for the park herself, June manages to fix one of the attractions to catch up with the animals and make it to the park's mechanics. She also explains why she created the darkness, and seeing that she really wants to help, the animals reform the team to save Peanut and Wonderland.

The gang finds the Chimpanzombies taking Peanut to get sucked up into the Darkness. The animals fight back while June rushes to save Peanut by jumping into the void. She promises him that she will provide the voice for his imagination, and that he should not let the Darkness take over him, giving him an idea to make a slide out of bendy straws to escape. While the gang and Peanut are riding the slide to avoid the chimpanzombies, June then notices that the park's mechanics is her name written in cursive, just like the blueprint piece. With Peanut's help, they get the mechanics back up and running by using her name to move the gears, and clear up Wonderland from the Darkness. A cloud remains over the park, to which June interprets as a reminder to continue to be imaginative.

June returns home and with it, a cured Mrs. Bailey, and they set up a Wonderland in their backyard. June then shares to other kids the story of Wonderland.

On November 10, 2017, Paramount Animation announced its next animated film to be Amusement Park, which have marked the directorial debut for Pixar animator Dylan Brown, but he was replaced due to allegations. Spain's Ilion Animation Studios, best known for Planet 51, would produce the fully animated 3D film. Margery Simkin was served as the casting director and Fred Warter as the production designer. In January 2018, it was reported that director Dylan Brown, whose movie was his directional debut, was fired from the production by Paramount Pictures following an investigation into complaints of "inappropriate and unwanted conduct". No replacement as the film’s director was announced at that time. On April 12, 2018, the title was changed from Amusement Park to Wonder Park. Wonder Park was released on March 15, 2019. 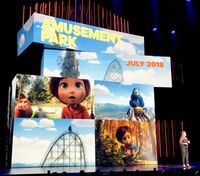 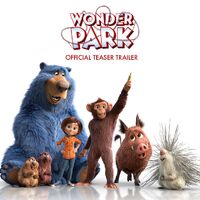 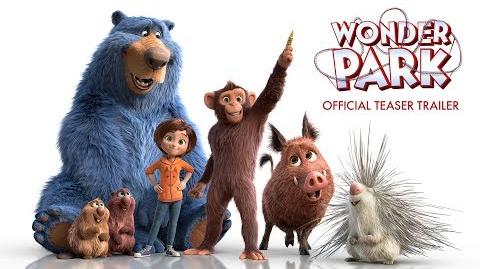 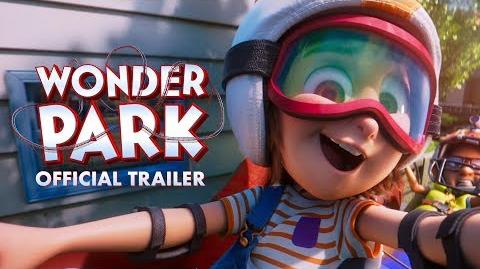