A television series follow-up will debut on Nickelodeon in 2019.[1]

Wonder Park tells the story of an amusement park where the imagination of a wildly creative girl named June comes alive. 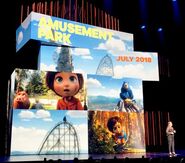 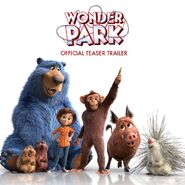 Retrieved from "https://nickelodeon.fandom.com/wiki/Wonder_Park?oldid=232206"
Community content is available under CC-BY-SA unless otherwise noted.