Health education, notably off air on all 4 networks

Worldwide Day of Play is an annual event designed to encourage children and parents to turn off the television and play, especially outdoors. The yearly event officially began on all US Nickelodeon channels, including Nickelodeon, Nick GAS (until 2007), Nick Jr. (formerly called Noggin), TeenNick (formerly called The N), and NickToons, on October 1, 2005. The event was first shown on October 2, 2004 on Nickelodeon. Some foreign versions of Nick also participated. The event is designed as a finale for Nick's six-month long Let's Just Play campaign. In addition, Nick.com would also have special features for children to learn how to stay active and healthy.

The event influences children to be active by getting their schools and educational organizations to host an event to get out and be active. Those wanting to participate would contact Nickelodeon for instructions.

When the Let's Just Play campaign ended in September, Nickelodeon aired the finale during the last Saturday of September, the "Worldwide Day of Play". Nickelodeon and its sister channels suspend programming for three hours from 12 Noon to 3PM ET/PT. During the time there was no programming, a special message would appear on the screen—for instance, this message was displayed during the dark period on Saturday, September 29, 2007:

Yes, your TV is working. Yes, this is Nickelodeon. And yes, this is Nickelodeon's Worldwide Day of Play! This is Nickelodeon's celebration of all things active-an entire day devoted to play! So, get off the couch, get up from the floor, and definitely quit slouching in your bed. You should be celebrating! Ride a bike, do a dance, kick a ball, skate a board, jump a rope, swing a swing, climb a wall, run a race, do ANYTHING that gets you up and playing! Once you've played, there's more Nick at 3pm. But until then, get up, get active, and GO PLAY! This message will repeat until 3pm, so unless you want to get bored, GO PLAY!

"Hey! Don't just sit there! It's Nickelodeon's Worldwide Day of Play, an entire day devoted to getting active! And to celebrate Worldwide Day of Play, Nickelodeon has gone off the air and is out to play, which is where YOU should be! Tell your family, get your friends, grab your dog and do ANYTHING that gets you up and active! Ride a bike, kick a ball, do a dance, jump around! Once you've played, there will be more Nick later. But until then, this message will keep repeating and repeating and repeating! Are you still there? Get outside and GO PLAY!"

"Today is Nickelodeon's Worldwide Day of Play! Turn off your TV, shut down your computer, put down that cell phone-yes, YOU! and go ALL OUT! We'll see you back here at 3! "[4]

On September 25, 2010,[5] the following message was shown on Nick and Nicktoons:

" Today is Nickelodeon's Worldwide Day of Play! We're outside playing and you should be too! So, turn off your TV, shut down your computer, put down that cell phone, and go ALL OUT! We'll be back at 3! (notably 2 hours and 59 minutes later, a message says, we'll be back in less than a minute!) "[6]

On September 24, 2011,[7] the following messages were being played on Nick, TeenNick, and Nicktoons (3 channels were simulcasted on some Nick channels):

" Today is Nickelodeon's Worldwide Day of Play! We're outside playing and you should be too! We'll be back at 3 Eastern! "

Roughly enough, some sponsors were shown and a message was being played again:

" The Worldwide Day of Play is part of Nickelodeon's The Big Help, over 15 years of kids helping. We're outside playing and you should be too! We'll be back at 3! "[8]

After the Worldwide Day of Play is ended, a countdown was played from 10 to 1, before resuming all of the Nickelodeon channels. Officially, this was first countdown shown in 2010 on Nickelodeon and Nicktoons, and in 2011, it was first shown on TeenNick.[9]

After Nickelodeon resumes airing, they usually air marathons and premieres of TEENick series or SpongeBob SquarePants. In 2007, SpongeBob SquarePants, Just Jordan, Tak and the Power of Juju, Zoey 101, iCarly, Back at the Barnyard had new episodes. Following in 2008 was the season premiere of iCarly and the finale of My Family's Got GUTS. In 2009 and 2010, iCarly and True Jackson, VP, and Big Time Rush had new episodes. Later in 2011, new episodes of iCarly, Big Time Rush, and Supah Ninjas aired.

The Worldwide Day of Play was also a part of Webkinz, a toy online website that also went offline from 12:05PM to 3:15 PM EST on September 24, 2011. This eventually happened around 15 minutes later after 3PM before it was currently back online.[10]

There is an international version of the annual event, which is also designed to encourage children and parents to turn off the television and play, especially outdoors. It started in Belgium from 2008, Germany from 2010, Sweden, Poland and Russia from 2013 and Greece from 2016.

In 2016, the event was sponsored by Chiquita, resulting in the creation of a new app called "Just Smile", where the viewer could take a selfie and edit their taken photo with images from SpongeBob SquarePants, Teenage Mutant Ninja Turtles, Chiquita and slime-themed. 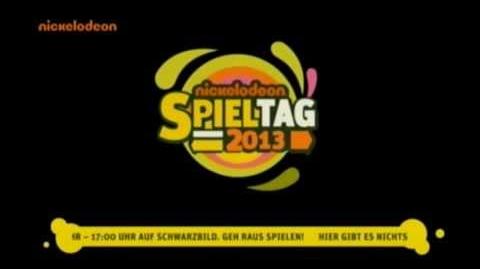 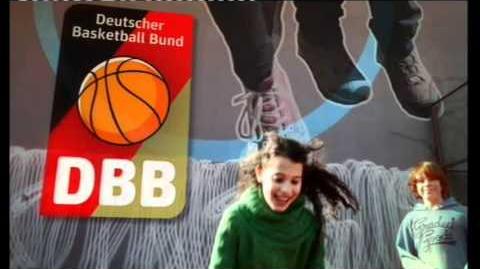 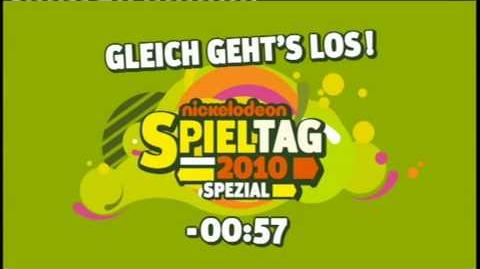 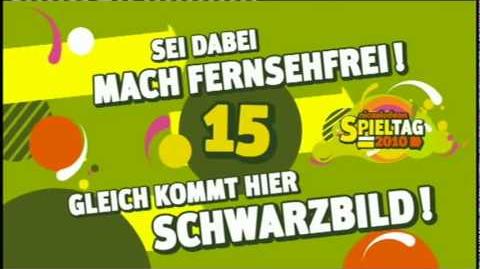 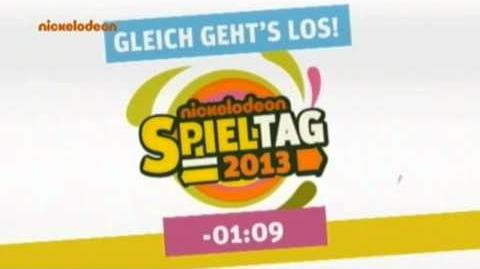 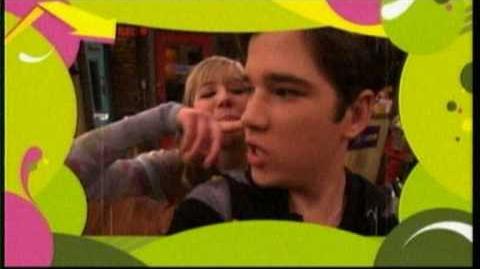 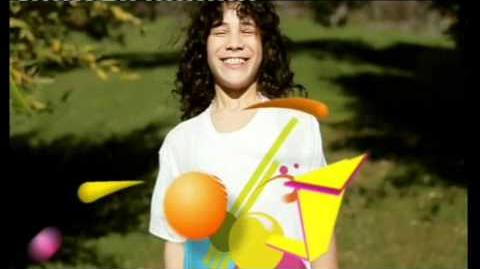 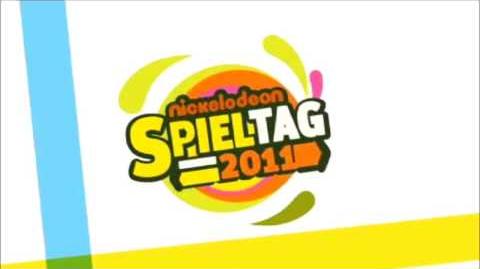 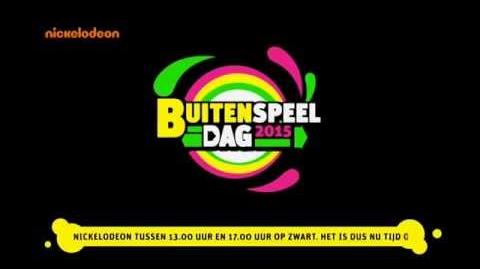 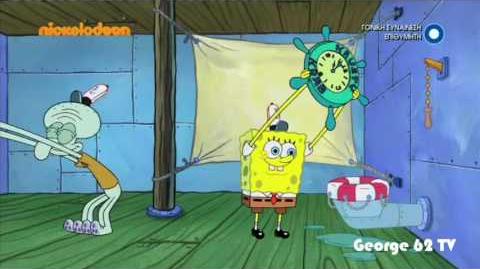 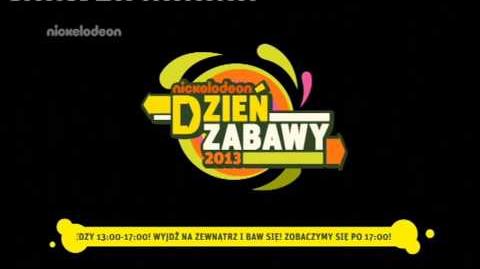 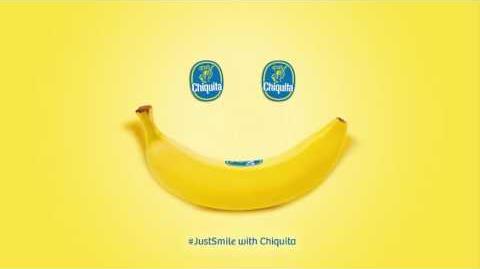 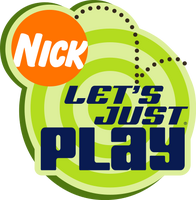 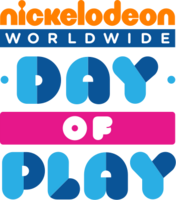 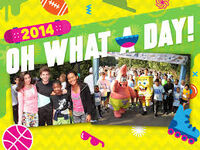 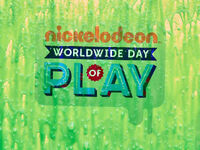