Nickelodeon
Register
Don't have an account?
Sign In
Advertisement
in: Shows, films, and people with wikis, Zoey 101, Live-action shows,
and 5 more
English

The topic of this page has a wiki of its own: Zoey 101 Wiki.

Zoey 101 is an American teen television series that ran from January 9, 2005 to May 2, 2008 starring Jamie Lynn Spears as teenager Zoey Brooks, produced for Nickelodeon and syndicated worldwide. The show was initially filmed at Pepperdine University in Malibu, California, then at stages in Valencia, Santa Clarita, California beginning in season 3. It was nominated for an "Outstanding Children's Program" Emmy in 2005. Created by Dan Schneider, it was his first and as of 2012, only single camera series.

Pacific Coast Academy has long been a boarding school for boys only and has just started letting in girls. The show follows the first girl that came to PCA Zoey Brooks, plus Zoey's former roommates boy crazy Nicole Bristow, and tomboy Dana Cruz. Then, Chase Matthews, Michael Barret, and Logan Reese challenge Nicole, Dana, Quinn, Zoey and a few friends of theirs to basketball and Logan's team ends up beating and winning by one point off of Zoey's team. Also, drama is added to the series throughout Chase's crush on Zoey, who remains oblivious though it's obvious to everyone else. Chase develops a crush on Zoey the day he meets her.

Zoey and her friends attend their second semester at PCA. Zoey and her friends have new adventures during Season 2 along with a new student, Lola Martinez, that becomes Zoey and Nicole's new roommate. Lola pretends to be a weird gothic girl and is discovered by Zoey and Nicole. Dana Cruz doesn't return to PCA when she is offered the chance to be in a special student exchange program in Paris, France. She is currently studying in Europe. In the first Zoey 101 movie (Spring Break-Up), Zoey and the gang go to Logan's summer house, which is in Santa Barbara. Michael tells Chase that this is the time to tell Zoey he loves her.

It's a new year at PCA, and there are shocking surprises. Nicole is sent to an all girls' school after she was diagnosed with OMGD (Obsessive Male Gender Disorder), so Quinn becomes Zoey and Lola's new roommate until Nicole returns. Zoey and the gang have brand new adventures at PCA, like the second TV-movie, Zoey 101: The Curse of PCA and surprises at the third movie, Goodbye Zoey? After Zoey leaves with her parents to London to go to Covington Preparatory School, Stacey becomes Lola and Quinn's new roommate and gives them cotton swab flowers. Then, Chase meets a girl named Gretchen, a girl who looks similar to Zoey. Lola, Quinn, Michael, and Logan hate Gretchen because she does disgusting things like digging her nose, popping zits in public, scratching her armpits, and not having table manners. Chase admits to Michael and Logan that he misses Zoey... and that he is in love with her. Zoey finds out the same time when Chase tells Michael and Logan, through a webcam in the room at Covington which was accidentally left on.

Zoey, already hearing how Chase feels about her, decides to return to PCA. Chase, having decided he must be with Zoey, convinces his parents to transfer him to Covington Preparatory school where Zoey was attending, only to find out that she had already transferred back to PCA to be with him. However, Chase must be in Covington for at least one semester before returning to PCA. Therefore, Chase and Zoey admit their love for each other, but they decide to put their relationship on hold until Chase comes back to PCA. Meanwhile, Logan and Michael get a new roommate, James Garrett, who catches Zoey's eye. James and Zoey are shown kissing at the end of the episode "Rumor of Love" after they find out about the rumor Logan started about them dating. In the following episode, "Anger Management", we discover that Zoey and James have become a couple. In the following episode, "Quinn Misses the Mark", Logan and Quinn become a couple after Logan talks to Quinn and kisses her. At the Pacific Coast Academy Prom, on the episde, Chasing Zoey Part 2, Logan and Quinn admit their love for each other after hiding it from the other students and faculty at PCA. Also, Chase comes back from Covington to PCA and meets Zoey and they fall in love and become a couple, what Chase had been waiting for three years then. 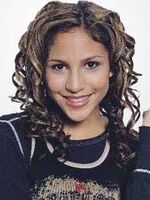 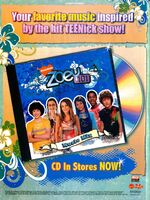